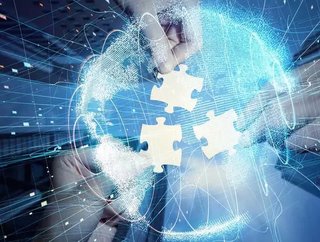 An independent study conducted by Capita and Citrix has revealed that many CIOs are concerned their organisations cannot meet demand for advanced IT in...

91% of the surveyed CIOs say that the IT user experience in their companies is important for attracting and retaining fresh talent.

Younger employees are increasingly pushing demand for the introduction of more technology in the workplace to create flexible methodologies and working structures, according to 93% of the UK CIOs surveyed.

“The nirvana for many organisations is creating an agile workspace that puts users first – giving them everything they need, to work productively, in one single place – from applications, to shared data and documents, to self-service support,” said James Bunce, director of Capita IT Services.

“However, stitching these facets together is not an easy task, particularly as IT environments have grown in complexity. As the research shows, an agile workspace is not just a luxury for organisations but is fundamental to their success and ability to compete,” he added.

46% of the organisations surveyed have opted for a “Bring Your Own Device” (BYOD) approach to bypass the need to invest in expensive equipment, but this engenders its own problems.

Of the organisations to have taken this approach, 87% admit it has increased security risks, 89% say it has added significant pressure to their IT support teams, and 88% say the BYOD approach has brought about a range of IT management challenges.

While many companies are mitigating these issues by installing self-service options to empower employees, “the survey reveals there is still work to be done in ensuring that self-service technology upgrades the user experience.”

The survey’s press release added, “The majority of organisations (83%) say they still typically find out about users’ experience of IT through calls to the helpdesk”.

83% of organisations reported that legacy applications and hardware are also slowing the process of creating more IT-flexible workspaces, “with the cost of re-architecturing or transforming applications (68%), disruption to the user experience (43%), and a lack of in-house skills to modernise applications (36%) cited as the main causes.”