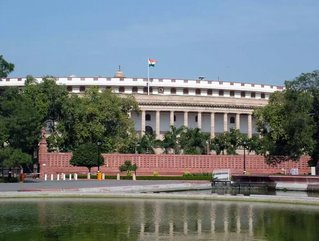 India has announced it is banning 118 more Chinese mobile apps, which it says are contrary to Indian interests...

India has announced it is banning 118 more Chinese mobile apps, which it says are contrary to Indian interests.

In the press release, the Ministry of Electronics & IT gave its rationale for the ban saying: “This move will safeguard the interests of crores [tens of millions] of Indian mobile and internet users. This decision is a targeted move to ensure safety, security and sovereignty of Indian cyberspace.”

Specific concerns included worries about data privacy, an issue also cited alongside other bans on Chinese technology, such as the ongoing TikTok saga in the US. The Ministry said: “ Information posted, permissions sought, functionality embedded as well as data harvesting practices of above stated Apps raise serious concerns that these Apps collect and share data in surreptitious manner and compromise personal data and information of users that can have a severe threat to security of the State.”

The move is part of a broader cooling of relations between the two countries, with border skirmishes in June leading to deaths.

The ban is the third wave of previous measures taken after that battle, which initially saw 59 Chinese apps banned, including video-sharing giant TikTok. In July, a further 47 were added to the ban list.

While China is undoubtedly a great power in terms of its technological output, as this ban demonstrates, India is no slouch either, with a number of unicorns (tech startups worth over $1bn) including ecommerce giant Paytm and education technology firm BYJU’S.

Elsewhere, Chinese technology has come under the spotlight in the West, with many countries, including the UK, banning Huawei technology from being used in 5G communications infrastructure.

More recently, TikTok has found itself at the centre of a political storm, with the United States’ threat to ban the app leading to a race to acquire its American business. Potential buyers include the likes of Microsoft and Oracle.