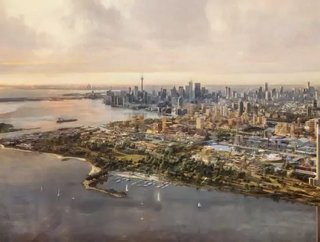 A subsidiary of Google's parent company, Alphabet,has unveiled plans to transform a slice of Toronto into a data-driven smart city of the future. Sidew...

A subsidiary of Google's parent company, Alphabet, has unveiled plans to transform a slice of Toronto into a data-driven smart city of the future.

Sidewalk Labs, Alphabet’s smart city subsidiary, released a 1,524-page report on Monday, detailing its plans to make Toronto ‘the most innovative place in the world’ which will ‘set a new standard for urban life in the 21st century’.

First announced in October 2017, Sidewalk Labs aims to redevelop an undeveloped part of Toronto’s waterfront called Quayside, pledging to spend $1.3 billion on the project if it goes forward.

As part of the initiative, the Alphabet subsidiary hopes to build ten new mixed-use buildings all made from mass timber.

It will also install public WiFi and implement sensors to collect “urban data” and drive better housing and traffic decisions.

Elsewhere, the company hopes to extend the city’s light-rail system and redesign the streets in order to reduce car use and promote biking and walking.

In doing so, Sidewalk Labs says it could create a “climate-positive district” that cuts greenhouse gases by 89%.

Sidewalk Labs also said that Google hopes to build its new Canadian headquarters on the western edge of Villers Island.

The project aims to bolster Toronto’s economy in a scalable, inclusive way, and is projected to create 44,000 direct jobs by 2040.

Over the coming months, Sidewalk Labs will consult with government partners and open the plan up for public consultation; it will need to be approved by the Toronto City Council and Waterfront Toronto by late 2020 to move forward.