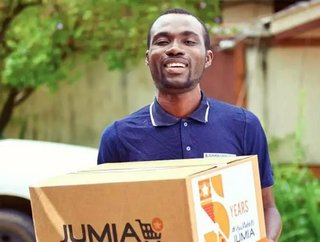 Jumia Technologies, one of the largest e-commerce startups in Africa, has listed on the New York Stock Exchange. In doing so, it has become the first A...

Jumia Technologies, one of the largest e-commerce startups in Africa, has listed on the New York Stock Exchange.

In doing so, it has become the first African startup to list on a major global exchange.

The pan-African e-commerce first shares began trading at around $14.50 under the ticker symbol JMIA.

Sacha Poignonnec and Jeremy Hodara, co-founders and co-chief executives of Jumia, said that the historic listing “has been made possible thanks to the hard work of our teams, the trust of our consumers, as well as the commitment of our sellers and partners."

They added: “All stakeholders deserve credit for this milestone, and we are just at the beginning of a long and great journey.

“We are going to continue to focus on our mission and to work even harder to help consumers, sellers, partners and all stakeholders benefit from this technological revolution.”

In a regulatory filing last month, Jumia noted that the listing aims to give the company financial flexibility and boost awareness of the brand amongst investors.

In 2016, Jumia’s parent company, Africa Internet Group, became the first African startup unicorn when it hit a $1bn valuation thanks to funding from Goldman Sachs, AXA Insurance and others.

In March, Jumia also inked a strategic partnership with Mastercard to develop its e-commerce operations.