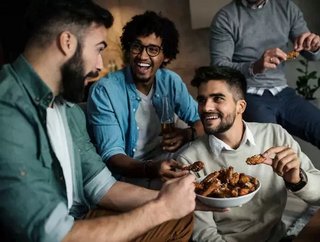 Kentucky Fried Chicken (KFC) has announced that it is today launching plant-based chicken from Beyond Meat in a test run at a single Atlanta restaurant...

Kentucky Fried Chicken (KFC) has announced that it is today launching plant-based chicken from Beyond Meat in a test run at a single Atlanta restaurant.

The company boasted that it was the first fast food restaurant to sell plant-based chicken. KFC said it would evaluate the launch to test the possibility of a national rollout.

The chicken will be available in the usual array of options for regular chicken, such as nuggets and wings. Indeed, KFC will be using its existing fryolators to cook the plant-based chicken alongside the regulator, potentially excluding stricter vegetarians or vegans.

"KFC is an iconic part of American culture and a brand that I, like so many consumers, grew up with. To be able to bring Beyond Fried Chicken, in all of its KFC-inspired deliciousness to market, speaks to our collective ability to meet the consumer where they are and accompany them on their journey. My only regret is not being able to see the legendary Colonel himself enjoy this important moment," said Ethan Brown, founder and CEO of Beyond Meat.

The news demonstrates the intensity of the race to implement meat alternatives, coming on the heels of Tim Horton’s nationwide launch of Beyond Meat breakfast sandwiches across Canada in June, and Beyond Meat burgers in July. In May, Barclays estimated the market for alternative meats could reach $140bn in the next ten years, a figure which would represent 10% of the global meat industry.

In May, Beyond Meat went public with an IPO that saw it valued at $3.8bn. The major competitor to Beyond Meat, Impossible Burgers, has also been making moves in the space, recently partnering with Impossible Foods to launch the Impossible Whopper burger across America.

Outside of the two heavyweights, there are a number of promising meat-alternative startups. As Harry Menear detailed earlier this month, companies such as Future Meat Technologies and Memphis Meats are hoping to steal a march on the bigger companies.