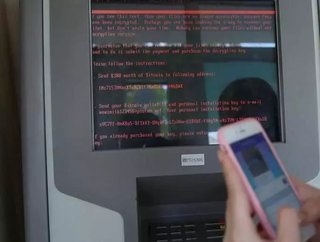 Danish shipping and supply chain giant Maersk and Russian oil producers Rosnefthave both confirmed that they have been hit by a new cyberattackthat expl...

Danish shipping and supply chain giant Maersk and Russian oil producers Rosneft have both confirmed that they have been hit by a new cyberattack that exploded across the world on Tuesday.

Ukraine has been crippled by the ransomware attack - dubbed Petya - with the Deputy Prime Minister Pavlo Rozenko tweeting a picture of his affected computer.

Maersk has emailed customers an advisory email confirming that their IT systems are down and that they are assessing the situation, whilst "the safety of your business and our people is our top priority."

Firms in the UK, Netherlands and Norway have also been hit, with the US' DLA Piper also a reported victim.

PAO Rosneft is the world's largest publically listed oil company but its website was out of action on Tuesday, with a tweet stating that a "massive" attack had taken out their systems.

Airports, banks and power providers in Ukraine have all been hit and the country has suffered serious outages as the attack spreads.

This attack follows in the footsteps of the WannaCry software that ripped across the globe demanding Bitcoin in exchange for unlocking encrypted files.

This story is developing and will be updated when information breaks.