Meet the future: the plant-based, lab-grown meat industry of tomorrow 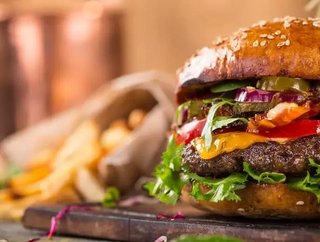 Towards the end of 2017, technology wunderkint Ben Pasternak sold his social media app, Monkey, to a Chinese company and set off in pursuit of his next...

Towards the end of 2017, technology wunderkint Ben Pasternak sold his social media app, Monkey, to a Chinese company and set off in pursuit of his next project. In July 2019, Pasternak officially launched his latest venture: Nuggs.

Pasternak and his newly assembled team - which includes 20-year-old Liam Mullen, a self-taught molecular gastronomist who worked at Michelin Star restaurant Daniel as a pastry chef at the age of 16 as his Head of Product - are stepping into an increasingly cutthroat and competitive arena. According to Barclays, the global market for alternative meat products “could reach $140bn” in the next decade, capturing around 10% of the global market for meat.

Competitive and potentially lucrative, the meat-free meat market already boasts several established players who have begun to define the parameters of the playing field. Here’s our breakdown of the biggest players in the space, and our analysis of where the cutting edge of food innovation could take us in the next decade.

The First Generation - Beyond Meat and Impossible Foods

Frequent recipients of high-profile coverage, plant-based burger manufacturers Beyond Meat and Impossible Foods have both had some of the most vibrant financial years of any startups. Los Angeles-based Beyond Meat went public in May 2019, with an impressive post-IPO valuation of $3.8bn. Even more impressive is that, since then, the company’s stock remains more than 200% above its $25 IPO price.

A high profile deal with Subway will see Beyond Meat’s new vegan meatballs begin to be served up in September. Speaking of high-profile deals, the biggest step towards the normalization of vegan meat alternatives (besides UK snack shop Greggs’ spectacularly infamous sausage roll debut, which drove company profits up by 58%) taken this year was Impossible Foods’ distribution deal with fast food giant Burger King. According to a Guardian report, “Impossible Foods introduced the burger as the veggie patty that “bleeds” at the high-end New York restaurant Momofuku in 2016. The burger is a feat of food engineering, attaining its red color from genetically modified yeast.” The Impossible Whopper debuted in the US last week and demand is reportedly already outpacing supply.

As the two new giants vie to be the face of the premium plant-based meat alternative market, a slew of challengers are pouring into the space, hungry for success.

With a business development background that’s more app than snack, Pasternak plans to use his technology pedigree to his advantage as Nuggs attempts to carve out a place for itself in an already crowded market.

The company operates similar to a technology startup, with Pasternak taking a unique approach to product development. Much like an app, Nuggs will release updates to its nuggets as the formula is constantly improved upon in response to user feedback, according to a recent press release.

The New York startup’s approach is evident in the language used by the company. “Nuggs will disrupt the animal-based meat industry with its new nugget technology.” Nuggs are a more advanced version of the animal-based chicken nuggets that have dominated the market for decades. After over a year of research and development, Nuggs has developed a nugget that uses an advanced texturized pea protein technology to create a nugget with the best texture, crunch and taste.” A technological approach from a technology prodigy, applied to one of the world’s favorite unhealthy snacks. "Nuggs is the intersection of food and the internet," said Pasternak. "We set out to make the best nugget period, a chicken nugget simulation is just the baseline."

The future of "farming" - Future Meat Technologies and Memphis Meats

Speaking of growth, as futuristic as Nuggs’ approach to strategy and “nugget technology” may be, the work being done by challenger startups Future Meat Technologies and Memphis Meats steps directly out of the pages of Kurd Lasswitz and Douglas Adams (although we have yet to create meat that can express which parts of itself are the most delicious).

Earlier this week, Jan Dutkiewicz noted, in a new piece for The Jacobin, that “the number of vegans and self-proclaimed flexitarians may slowly be growing, but on balance, animal rights activists’ and environmentalists’ pleas have done little to change the public’s appetite for meat. The average American eats about 220 pounds of animal flesh per year.”

In order to sate the public desire for meat, while overcoming the environmental and logistical issues posed by meat farming and consumption, Future Food Technologies and Memphis Meats are working to advance the science of growing animal flesh from cell cultures in a lab.

Founded in 2015 by Uma and Nicholas Genovese, Memphis Meats is building “food from the ground up.” The company is located in Berkeley, California and counts food giant Cargill grain company, Richard Branson and Bill Gates among its investors.

Based in Jerusalem, Future Meat Technologies is also working to make animal-free meat production a reality. The biotech startup, like Nuggs and Memphis Meats, has the mighty power of a food production behind it. Arkansas-headquartered Tyson Foods, one of the largest food producers in the world pledged $2.2mn to the company in 2018.

The widespread investment in animal-free meat and plant-based alternatives that taste as good as they are for the planet is, it has been pointed out, nothing to do with major food companies’ misty-eyed conversion to veganism. The global meat market is worth $1.4trn and, with the rising popular demand for more environmentally sustainable alternatives, meatless meat could become one of the fastest-growing cash cows in the world.