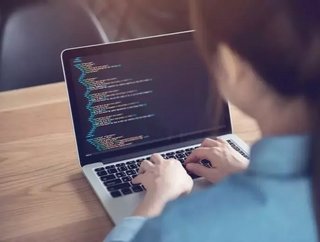 Mendix, a low-code software platform owned by Siemens, has just launched its conference Mendix World in Rotterdam, the Netherlands. At the event, Mendi...

Mendix, a low-code software platform owned by Siemens, has just launched its conference Mendix World in Rotterdam, the Netherlands.

At the event, Mendix announced a new integration with Siemens MindSphere, the firm's IoT operating platform. In doing so, it will allow customers, regardless of their technology background, to take part in IIoT app development.

"With technology from Mendix, we can empower customers, regardless of technology background, to use low-code development to transform the way they approach and solve business problems, " said Tony Hemmelgarn, head of Siemens' Digital Industries Software division.

"Adding the ability to create native MindSphere applications using the Mendix no-code/low-code approach can provide capabilities that are unmatched by any other industrial IoT provider."

On top of this, Mendix also launched Mendix Studio, a tool which it says will “enables citizen developers from the business side — who are closest to the business challenges and objectives — to actively participate in the ideation and creation of applications.”

Commenting on the event, Nick Ford, Chief Technology Evangelist at Mendix said: “We’ve had a busy morning announcing a number of fantastic integrations and capabilities that will make it even easier for anyone to make their own apps.

“Mendix Studio will be a real game-changer as it will help so-called 'citizen developers', those who have little or no coding knowledge at all, to create business critical applications and bring their ideas to fruition quickly and at a low cost.

“With the tech skills shortage persisting, it’s more important than ever for businesses to widen the spectrum of developer talent within their organisation. This is made possible with Mendix Studio, but crucially the platform also embeds safeguards and governance to ensure that nothing is jeopardised when it comes to maintaining the integrity of existing systems.

“We've also been sharing more details on our integrations with SAP and Siemens MindSphere to make it even easier for organisations to use Mendix, to extend their SAP landscape without writing code, and Make Smart Apps that connect the physical and digital world using existing software or tools.

“With this next wave of digitisation, people are the biggest challenge but also the biggest opportunity. They just need the right tools and business structures to proactively solve the problems they encounter day-to-day. It's not about the technology itself, it's about using technology to hit business goals.”