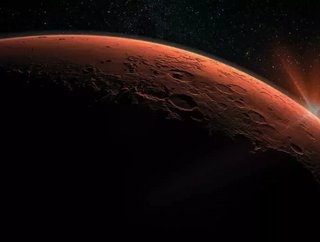 NASA and SpaceX demonstrated the differences in their approaches as the grandee and upstart both made significant announcements. SpaceX debuted its Sta...

NASA and SpaceX demonstrated the differences in their approaches as the grandee and upstart both made significant announcements.

SpaceX debuted its Starship rocket on Sunday, with the company saying the rocket was intended to take humans to the Moon and Mars – the same goal as Nasa’s Artemis program. Maverick CEO Elon Musk said the first orbital flights of the rocket could take place within half a year, launched by the unfinished Super Heavy first stage booster.

Before SpaceX unveiled its new Starship spacecraft, NASA Administrator Jim Bridenstine threw shade on the company. Bridenstine’s tweet made reference to the fact that Commercial Crew, a cooperation between NASA and private companies, including Boeing and SpaceX, to fly astronauts to the International Space Station, has experienced a number of delays and holdups. SpaceX’s contribution to that programme involves its Falcon 9 launch vehicle and Dragon 2 capsule, with the accusation being that SpaceX is neglecting its older technology in favour of shiny new toys.

As reported by Quartz, the rancour expressed towards SpaceX was spared for Boeing’s contributions, including the behind schedule Space Launch System (SLS) for which Boeing is the primary contractor. The SLS is the intended launch vehicle for NASA’s manned Artemis mission, which intends to land humans on the moon by 2024, before using the Moon as a staging post for Mars.

NASA’s latest announcement involves precisely this ‘Moon to Mars’ project, with the organisation having distributed $43.2mn to private companies for what NASA’s Jim Reuter described as “technologies necessary for sustained exploration of the Moon and Mars.” One of the more eye-catching beneficiaries of NASA funding was Jeff Bezos’ Blue Origin, which is to receive $10mn to investigate how to produce rocket fuel on the moon.

With the Artemis Program recently securing funding from the US government, the alliance of public and private initiatives seems to be bearing fruit, despite apparent tensions. As SpaceX and NASA both make strides forwards, the prospect of Humanity returning to the moon and making its first voyage to Mars seems closer than ever.