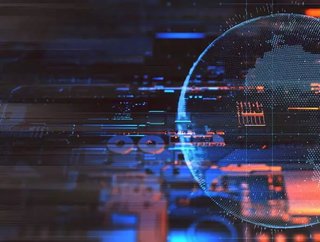 Ocean Protocol, a Singapore-based data sharing specialist, announced at the Token2049 conference on 13 March that its blockchain-based platform, set to...

Ocean Protocol, a Singapore-based data sharing specialist, announced at the Token2049 conference on 13 March that its blockchain-based platform, set to facilitate a borderless data economy worldwide, will launch at the end of the month.

The platform leverages decentralised and trustworthy blockchain technology along with smart contracts to enable firms and institutions to share data safely and securely whilst maintaining auditability and privacy.

Along with these benefits, Ocean Protocol noted that its platform will enable greater access and usage of data, which it says is deeply limited in the current landscape.

The firm said in its press release that, in 2016, only around 1% of the 16ZB of data generated worldwide was analysed and that 2020 will see 1.7MB of data being generated each second for every person globally, highlighting an enormous opportunity for companies and institutions to leverage a wealth of untapped insights.

Its blockchain-based platform, the firm says, has the capacity to significantly mitigate the challenges posed by control, privacy, security, and trust that shared data will not fall into the wrong hands.

Ocean Protocol said it has partnered with leaders in a number of industries to proliferate usage of its platform and thereby support the new data economy, such as Aviva in the insurance sector and Roche Diagnostics in healthcare.

"With Ocean Protocol, people with data can be connected with people who need data. This is the start of a new data economy and Ocean is the means to promote liquidity and ultimately a financial value for data", said Trent McConaghy, Founder of Ocean Protocol, in the firm’s press release.

He added: “Our goal is to remove frictions in data sharing, breakdown data silos, and equalize access to data so that it can be applied to advance industries and solve societal problems. It's time that people gain back control and actively participate in an open data economy.”