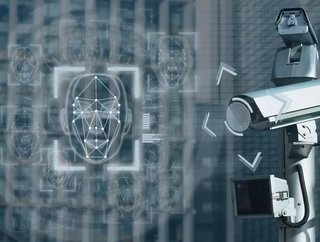 Okta recently announced the appointment of Google’s Sagnik Nandy, following this announcement we took a look into the company’s growth over the years

Based in San Francisco, Okta is a publicly-traded identity and access management company that provides cloud software to help companies manage and secure user authentication into applications.

Okta was founded in 2009 and had its initial public offering in 2017, it was valued at over $6 billion. The company was founded by Todd McKinnon and Frederic Kerrest who worked together at Salesforce.

In the company’s Series A funding it raised $10 million and lead investors were Andreessen Horowitz. Over 9 rounds of funding since it was founded, Okta has raised a total of $1.2 billion; its latest funding was raised in June 2020. In total, Okta is funded by 16 investors.

Ten years after the company was founded, Okta’s CEO Todd McKinnon announced the company had over 100 million users.

During an interview, McKinnon spoke of the importance of communication as his company grew, he said: “As Okta scales, I’ve realized a big part of being a successful CEO is influencing the company culture, which means your day-to-day actions have to be consistent with what you want to see from the team.”

Okta has acquired 5 organisations since it was founded back in 2009. Its first came in 2014 with its acquisition of SpydrSafe Mobile Security. Then, in 2017 the company acquired Stormpath, in 2018 it acquired ScaleFT and in 2019 Okta acquired Azuqua for $52.5 million.

Its most recent, and largest, acquisition was Auth0 for $6.5 billion in 2021. In an interview about this acquisition, McKinnon spoke about his rationale behind the deal, he said: “From our roots, our approach started with employee identity and selling that platform to leaders in companies, like CIOs or CSOs [chief information officer; chief security officer]. Now, we say: ‘We have thousands of customers who trust us for employee identity, you should trust us for customer identity. Auth0 came to market very differently by building a developer platform, kind of like Stripe or Twilio. The functionality is similar—a directory of users and single sign-on or multi-factor authentication protocols—but from the ground up, it was all built for developers. So, really, what you get is two parts of the market. Together, we can serve customers however they want to buy and use these services. That’s why it’s so strategic for us.”

Just this year Okta made its first investment, the company invested in Fintech company, Pipe. This investment was valued at $50 million.

With its recent appointment of Sagnik Nandy, the company are now focused on deepening its investment and further asserting the importance of identity