Palantir: the rise of the data and analytics unicorn 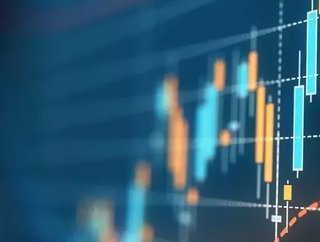 Palantir Technologies, the Silicon Valley data unicorn, has risen steadily since its 2004 foundation...

Palantir Technologies, the Silicon Valley data unicorn, has risen steadily since its 2004 foundation.

With its name inspired by the seeing stones from Lord of the Rings, the company projects a certain aura, describing its mission as being the augmentation rather than the replacement of human intelligence

Palantir’s primary offerings are its Gotham and Foundry platforms, which are able to demonstrate the linkages between and provenance of data points, as well as track changes over time via the concept of versioning. Describing what it does as ‘data-logic’, the digital transformation of data it provides has applications in fields as diverse as law enforcement, insurance, manufacturing and defence. Customers include the likes of Airbus, BP and the US Army.

The company has, to date, raised $2.6bn across 26 funding rounds, firmly establishing it as a tech unicorn. Recently, alongside its Japanese subsidiary, it joined with Fujitsu on a technology partnership. Said Koichi Narasaki, CEO of the company: “Our role of promoting digital transformation through Palantir software platforms has become even greater through the global COVID-19 pandemic, and it is with pleasure that we welcome Fujitsu as our Flagship Technology Partner in this critical time. Palantir Japan aims to promote our cutting-edge technology by cooperating with partners like Fujitsu to accelerate digital transformation for the most important institutions and in Japanese society as a whole.”

Perhaps curiously for a data company, and considering the company it keeps, Palantir also claims to be dedicated to privacy and civil liberties. That’s certainly an interest of Chairman and co-founder Peter Thiel, who made his fortune as a co-founder of PayPal. One of libertarian Thiel’s initiatives involves offering young people $100,000 to drop out of university.

Recently, the private firm signalled its intentions to go public with an IPO, though further details were not forthcoming.