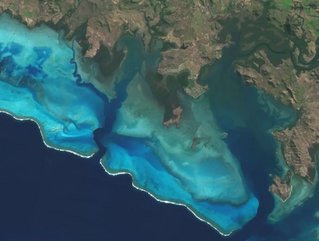 Planet Labs is preparing to go public, merging with a SPAC in a deal with backing from Google, BlackRock, and Marc Benioff

Planet Labs, a leading provider of daily data and insights about Earth, and dMY Technology Group, a publicly traded special purpose acquisition company (SPAC), today announced that they have entered into a merger agreement under which Planet will become a publicly traded company.

The deal has a post-transaction equity value of $2.8bn and will provide Planet with $545m in cash balance at close, including $345 million from dMY IV’s contribution, and a $200m PIPE provided by BlackRock-managed funds, Koch Strategic Platforms, Marc Benioff’s TIME Ventures, and Google.

Founded in 2010, Planet has raised around $374 million to date, and operates the largest Earth-imaging satellite constellation in operation. They have launched 462 satellites to date, and its current orbital fleet features 21 satellites that can capture imagery at a 50-centimeter resolution and about 120 that can capture imagery at a near three-meter resolution.

They snap 3 million images per day across more than 150 million square miles. It has, on average, 1,500 pictures for each spot on Earth, and the images are taken at regular intervals over time. The pictures are not detailed enough to see something like a person’s face but are good enough to make out cars and other objects in a cityscape.

Shifting towards a sustainable economy

“At Planet our goal is to use space to help life on Earth. We have this huge new dataset -- an image of the entire Earth landmass every day -- which we serve up via a Bloomberg-like terminal for Earth data, making it simple to consume and expanding reach to potentially millions of users across dozens of verticals,” said Planet CEO and Co-founder Will Marshall.

“As the world shifts to a more sustainable economy and more companies and governments set their sustainability and ESG goals, the first step in achieving these objectives is measurement. Planet’s daily, global data is foundational to making that transition. We’re excited to reach this important milestone of taking Planet public to significantly accelerate our mission, and to be doing so with dMY and other great investors,” adds Marshall.

Through this transaction, Planet will invest to accelerate its growth by further expanding into existing and new markets, as well as building additional software and machine-learning-enabled data products and solutions.