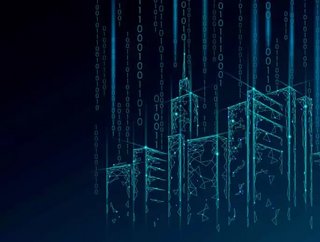 Microsoft is fully on-board the IoT train, as its announcements at the IoT Solutions World Congress prove. Microsoft discussed numerous upgrades to its...

Microsoft is fully on-board the IoT train, as its announcements at the IoT Solutions World Congress prove.

Microsoft discussed numerous upgrades to its Azure IoT Central platform, which is intended for the use of enterprises as they connect together IoT-enabled devices. These include templates for frequent use-cases, plug and play support and the inclusion of an API to build features on top of IoT Central.

The initiative is part of a previously announced $5bn investment in IoT from the company, that has seen it launch over 100 services and features in Azure IoT central. Particular areas of focus have been in security, scalability and ease-of-use.

“At Microsoft, we are committed to building a trusted, easy-to-use platform that allows our customers and partners to build seamless, smart, secure solutions regardless of where they are in the IoT journey,” said Sam George, CVP of Azure IoT at Microsoft in a press release. “That’s why we are investing $5B in IoT and intelligent edge — technology that is accelerating ubiquitous computing and bringing unparalleled opportunity across industries.”

Quoting figures from the International Data Corporation (IDC), Microsoft suggested that 41.6bn devices will be internet connected by 2025. On the enterprise side of the equation, by 2021, 94% of businesses are predicted to be IoT connected.

Carrie MacGillivray, group vice president, IoT, 5G and Mobility at IDC, said in the abstract: "As the market continues to mature, IoT increasingly becomes the fabric enabling the exchange of information from ‘things’, people, and processes. Data becomes the common denominator — as it is captured, processed, and used from the nearest and farthest edges of the network to create value for industries, governments, and individuals' lives. Understanding the amount of data created from the myriad of connected devices allows organizations and vendors to build solutions that can scale in this accelerating data-driven IoT market."