Snapchat Spectacles are coming to Europe 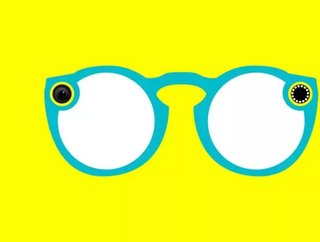 Snapchat Spectacles, that film circular videos of everyday life, have been popping up in vending machines in London, Berlin, Paris, Barcelona and Venice...

Snapchat Spectacles, that film circular videos of everyday life, have been popping up in vending machines in London, Berlin, Paris, Barcelona and Venice.

This is the first time the glasses, which cost £129.99, have been available outside of the US, where people queued for hours to get their hands on the specs. For those who don’t fancy the long queues near the vending machines, the glasses are also available on Spectacles.com, with shipping across Europe.

The glasses are the first time Snap Inc has dabbled into dedicated hardware. When they were announced, the company said it no longer saw itself as an app developer, but as a camera company. “We believe that reinventing the camera represents our greatest opportunity to improve the way people live and communicate,” Snap says about itself today. “Our products empower people to express themselves, live in the moment, learn about the world, and have fun together.”

The sunglasses come with a video camera built in, which connect to Snapchat over Bluetooth or Wi-Fi. The camera takes 10-second videos using a wide-angle lens, to best reflect the view of the user.

If the videos are viewed on Snapchat, they are in full-screen format, and the viewers can rotate their phone to change what they see. If the videos are exported to a different platform, such as Twitter or Instagram, the circular part of the glasses is visible, with the corners of the square clipped off.