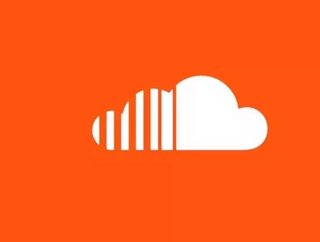 Music-streaming site Soundcloud has secured $170mn in investment, just as the demise of the Spotify rival looked inevitable. If approval for the fundin...

Music-streaming site Soundcloud has secured $170mn in investment, just as the demise of the Spotify rival looked inevitable.

If approval for the funding was not secured by Friday, 18 September, the platform faced closure after months of uncertainty and cost-cutting measures - including making 40% of its workforce redundant in July.

Without this investment, chairman Alexander Ljung said the company would not be able to "continue as a going concern," in a note obtained by Axios.

Despite the support of famous artists such as Chance the Rapper and boasting over 40mn users, Soundcloud has struggled to monetise content hosted on its site.

As a result of the investment, Ljung will be replaced by former Vimeo boss Kerry Trainor, whilst Mike Weissman - previously employed by Vimeo as well - becomes chief operating officer.

In a blog post on the streaming website, Ljung revealed that the "largest financing round in the history of Soundcloud" would ensure that the platform could remain "strong and independent" and be here to stay.

"I've been moved by the outpouring of commentary around SoundCloud's unique & crucial role in driving what global culture is today," wrote Ljung.

"You've told me how, without SoundCloud, there would be a giant gaping void in today's world of music. We can't have that, and I'm happy to once again say that won't be happening."

"This partnership brings new talent to our team - I'm absolutely not leaving but will be handing the CEO reigns over to Kerry Trainor and this will allow me to fully focus on the role of chairman and the long-term plan."

Reminiscing about the past ten years and the journey that he has undertaken alongside co-founder Eric Wahlforss, Ljung proudly declared that they "are just getting started."

Spotify was in talks to buy out the company back in September 2016, but the $700mn deal fell through in December after concerns about how it could affect their preparations for their potential IPO sometime during 2017.