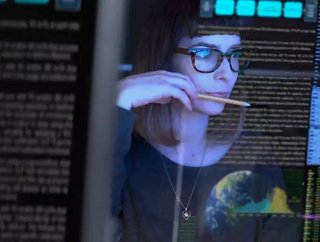 Software firm Cockroach Labs offers a cloud SQL database for the management of critical data. Founded in 2015 and based in New York, the company’s pr...

Founded in 2015 and based in New York, the company’s principal offering is CockroachDB, capable of operating across cloud, on-premise and hybrid environments.

The company’s customers include the likes of Comcast, WeWork, Lush, Bose and Baidu, and its approach has won it significant financial backing - over $195mn across six funding rounds. Its latest Series D was announced at the beginning of this month, raising $86.6mn in the round led by Bond and Altimeter capital.

In a press release, Cockroach Labs’ CEO and co-founder Spencer Kimball said: "The migration to a multi-cloud environment has long been underway at many, if not all, of the top global enterprises. What cannot be taken for granted in the rush to the cloud is resiliency and scalability, which is near impossible to do without a distributed database that is elastic and self-healing.

“It's a given that this is the way of the future. But as that future approaches faster than many expected it is putting immense pressure on the enterprise to make this leap now, as quickly and effortlessly as possible. CockroachDB was purpose-built for mission-critical, data-intensive, cloud-deployed applications, and as a result, we are seeing a tremendous increase in demand for our services from companies small and large looking for bulletproof resiliency, effortless scalability and an overall more cost-effective platform."

The company said it would use the funding to invest in R&D as customer needs change. The current COVID-19 pandemic has increased online demand for many businesses, as people across the world stay at home in lockdown. Accordingly, Cockroach Labs expects companies to move to more efficient and cloud-native tools such as its CockroachDB platform - highlighting sectors such as communications, gaming, ecommerce and financial services as having the most to gain.