By Mathias Golombek, CTO at Exasol
May 17, 2020
undefined mins 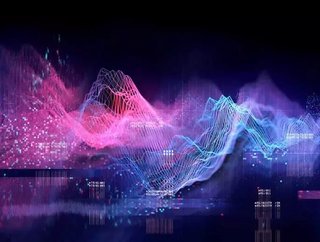 With 2018 soon coming to an end, Mathias Golombek, CTO at Exasol, looks to next year to predict the technology trends that will impact businesses in 201...

With 2018 soon coming to an end, Mathias Golombek, CTO at Exasol, looks to next year to predict the technology trends that will impact businesses in 2019...

Over the years we’ve tracked the changing use of data within business. Every year, data becomes more important, and closer to the heart of successful businesses. We’ve also seen a maturity in how we view data – businesses no longer talk about big data, it’s just data now as they all intelligently look at how it can be used to drive growth or reduce costs.

So, now that we’re well and truly in the age of data, what’s coming next? Here are my business technology predictions for 2019:

1. Machine learning continues to come of age, and Python is the front-runner

Machine learning is one of the most hyped terms of the year, but its disruptive effects are being felt across retail, finance, automotive and many other industries. A confluence of affordable storage, processing power, GPU-optimisations and widely available open-sourced algorithms, as well as deep datasets for training, has improved the available technology dramatically.

Businesses want data to work for them, and this is very much behind the rise of machine learning, where the algorithm takes control. Investment in this area is rising fast, a recent Deloitte survey highlights that 57 per cent of businesses are increasing spending in the technology. This is because the technology is no longer seen as a cost, but an opportunity and a revenue driver. The most successful businesses will be those that invest in their technology and hire the skills to make those investments work.

In 2019, the variety of data science languages will continue to grow. But there is also a clear trend suggesting that Python will become the leading language for machine learning, and Python-based technology, such as the Deep Learning library TensorFlow, will continue to proliferate.

We’ve talked about data-driven businesses for some time and many organisations now claim to be data-driven, making decisions which are often fully automated, based on data rather than simply informed by the figures in reports. Recent research shows that 86 per cent of businesses claim to either have a data-driven strategy in place already or they plan to implement one in the next five years.

The next evolution will be towards data-centricity. This is where an absolute commitment to high-quality centralised data forms the core of business operations. Tools are built around data, rather than the current status quo of building tools that act upon the organisational data siloes. It becomes less about collecting and hoarding data – the big data mentality – and more about acting on data intelligently.

While GDPR projects slowed down data analytics initiatives this year, it was a great opportunity for organisations to understand their complete data flow, and helped them uncover the potential for a more integrated data strategy. All personal data is now a potential business risk, and businesses need to understand exactly what data they have, where it resides, and how to find it quickly – or risk heavy fines and loss of consumer trust.

For quite some time, large organisations have employed separate teams for standard Business Intelligence (Data Warehouses, Dashboards, Reports, SQL) and Data Science (Statistical Models, R/Python). However, these areas are increasingly converging as the applications of these different technologies are growing together.

In 2019, we’ll see more leading organisations bring their Data Science and Business Intelligence practices together, providing them with timely and centralised access to corporate data. By having a central data repository with integrated data science scripting languages, data scientists can leave their laptops behind and apply statistical models to the same ‘single point of truth’. Thanks to the coming together of these technologies, C-level managers will have visual BI tools that exploit complex data science algorithms under the hood, so they can self-serve reports whenever they are needed.

With the rise in use of data analytics in organisations, we saw the increasing use of business intelligence dashboards for executives and senior staff, giving them customised up-to-date reporting on key business metrics.

Outside of the C-suite, business intelligence reporting is still more ad hoc. Heads of business units generally have to request reports from the analytics function, or they get monthly reports provided for them.

The next evolution will be for business intelligence reporting to become self-service, empowering all employees with the latest up-to-date metrics that are relevant to their job. This is thanks to ever-more powerful and intuitive business intelligence tools sitting upon high-performance analytic databases – databases that can even cope with the Monday-morning workload without a hint of slowdown.

This prediction is backed up by Gartner’s recent research. It found that data analytics remains the biggest area of IT and business investment. Indeed, further research shows that 85 per cent of companies know about the benefits of data and are actively working towards using it better.

5. Data skills will continue to be in high demand

Data-related skills are, and will continue to be, in high demand. In LinkedIn’s annual skills report earlier this year, the hard skills that companies need most were cloud computing followed by statistical analysis and data mining. Data skills have been either the most, or second-most, in-demand skill since 2014, according to LinkedIn.

It’s easy to see why data and cloud skills are so highly sought after as organisations are working hard to deliver on their digital transformation plans. I predict this trend won’t change in 2019 – there’s still going to be a skills shortage in these areas.

As a result of the move to hyperscale computing, data centres have evolved, but enterprise legacy systems have been left stranded with an inflexible infrastructure as more and more workloads migrate to the cloud.

These stranded workloads come as data centres are increasingly consolidated into vast hyperscale cloud data centres, compounding pressure to move legacy systems to the cloud. Cisco predicts that by 2021, hyperscale data centres will account for 69 per cent of data centre processing power, up from 41 per cent today.

Businesses will increasingly turn to these hyperscale data centres, and the public cloud market will gravitate towards the big three of Amazon Web Services, Microsoft Azure and Google Cloud Platform, as their scale increases versus competitors – except in China where Alibaba remains strong.

Apart from machine learning, blockchain – or distributed ledger technology – is the other most-hyped term of 2018. Large sums have been invested into start-ups that are leveraging these technologies.

A significant part of this innovation will be around transferring and storing value in applications and services – the original use-case for blockchain in the form of Bitcoin. Tokenised applications, and particularly decentralised applications (dApps) – running on platforms such as Ethereum – are still in their early days, but the technology holds a lot of promise.

2019 will be the year that some of this innovation and promise around distributed ledger technology will be realised with real-world applications.

For enterprise, most workloads that can be relatively easily migrated to the cloud have already been moved, leaving behind legacy systems that present significant technical challenges when trying to run them in a modern cloud environment.

One solution to this technical debt is containerisation, where applications are run in isolated cloud-based environments that are virtualised at the operating system level. The advantage is that these containers are designed to match the previous legacy environment, massively reducing the technical challenges, and minimising potential rewrites of applications.

This migration of legacy workloads to containers will increasingly happen in 2019, and many believe the IBM/Red Hat deal of late 2018 is part of a major strategic move by IBM to capture the market.

9. The unrelenting shift to servitisation

There’s a relatively new concept being adopted by manufacturers called servitisation – selling a service component in tandem with a product, and we will start seeing this much more widely. It is most commonly associated with manufacturers selling high value items such as aircraft engines, construction equipment or vehicles. Rather than simply a capital investment, customers buy into a value-added service component made possible by data from internet-connected equipment.

Into 2019, the rise of innovative start-ups and the servitisation of established businesses will continue, creating huge volumes of data. To give you an idea, networking giant Cisco estimates that nearly 850 zettabytes will be generated by all people, machines, and things by 2021.

A great example of this is Mangelberger. From its heritage as a manufacturer of electrical switches, it has built an energy management platform that the world’s largest restaurant and retail chains are using to optimise their energy consumption and operations at scale. For example, its data-driven platform automatically controls the lights of a restaurant depending on the number of free tables in the room, and enables fast food chains to analyse the energy use of connected ovens compared to set recipes.

Amazon Echo, Google Home, and Apple Homepods have brought connected assistants to the home. For the first time, voice interaction has become a mainstream method of controlling devices to play music, get basic information, and administer smart home devices.

However, these devices haven’t made much of an impact in business. My expectation is that in 2019, they will find their voices in niche business scenarios too, and that connected assistants will be interfacing to email, CRM systems, and diaries, to streamline processes and give a helping hand.

I’ve also seen one of our users creating an impressive solution that creates automated SQL queries out of natural language questions about data.

So it looks like we’re in for another boundary-pushing year in 2019, with data opening up an unchartered frontier of possibilities for businesses. It’ll be interesting to see where we all are this time next year for the 2020 predictions.