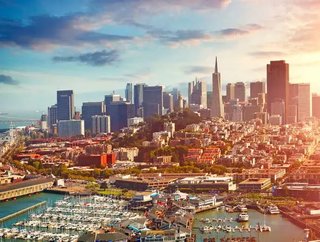 The total amount of venture capital funding in the US is currently on track to top US$100bn in 2018. San Francisco Bay Area startups received $25bn of t...

Founded in 2015 by former Tesla interim CEO Michael Marks, Katerra raised a total of $865mn in 2018. The funding was secured exclusively from SoftBank Core’s Vision Fund. The company is based in Menlo Park and specializes in offsite design and construction solutions that are disrupting the US residential construction market. The startup was named Construction Dive’s Innovator of the Year 2017 and promises “to fuse architecture and design prefabrication techniques into a linear, end-to-end design-build process through offsite ‘constructuring’ of cross-laminated timber, windows, walls and other components scored by its own end-to-end supply chain.”

Grocery delivery service Instacart partners with over 300 chains to provide same-day delivery of food and household items. The startup, which netted total funding of $1.22bn in 2018, is headquartered in the San Francisco Financial District. As of November, following a lowering of the company’s price-per-order, Food and Wine Magazine found that Instacart was a cheaper way of getting home delivery from grocery chain Whole Foods than Amazon, which owns Whole Foods.

With 1,500 employees in San Francisco’s Dogpatch neighborhood, Juul Labs is the leading disruptor of the global tobacco industry. The startup raised $1.24bn in 2018 to fund the design, production and distribution of its nicotine vaporizer products. As of this week, “Juul is engaged in conversations to sell a significant minority stake of itself to tobacco company Altria Group Inc.”, Bloomberg reports. “A deal with Altria could help Juul meet demand for its popular products, fight regulators and expand globally -- Juul aims to sell in 12 more countries in Europe and Asia by mid-2019”.

The premier ride-sharing software company in the world, Uber Technologies Inc. controls an estimated 74% of the US ride-hailing market. In addition to ride-sharing, Uber operates its food delivery service, UberEats across 200 cities worldwide. The company received total funding of $1.75bn in 2018. Uber is expected to file an IPO in 2019 and has been valued by leading banks at as much as $120 billion.

Controlling an estimated 35% market share of the US ride-hailing industry, Lyft is the San Francisco startup that received the most funding in 2018, with a grand total of $2.3bn. Unlike Uber, which operates across over 70 countries, Lyft still restricts its operations to the US, although it reached the 300 city milestone early last year. This week, Lyft filed paperwork for an IPO, beating its rival, Uber, in the race to go public. The company was last valued at $15bn, although Reuters sources suggest that the final valuation would be between $20bn and $30bn.