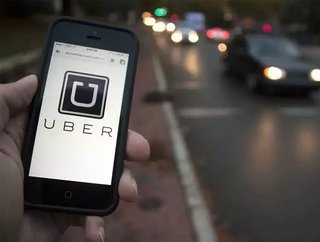 Uber has appointed a new CEO to take over the reigns from embattled and controversial co-founder Travis Kalanick, who stepped down from his role in June...

Uber has appointed a new CEO to take over the reigns from embattled and controversial co-founder Travis Kalanick, who stepped down from his role in June after months of scandals.

Pressure from major Uber investors forced Kalanick to resign one week after beginning an indefinite leave of absence, shortly after an investigation into the company's workplace culture amid reports of sexual harassment and discrimination.

Around 20 employees were fired and dozens more received disciplinary action, whilst Uber was criticised for its lack of diversity.

Now, ex-Expedia CEO Dara Khosrowshahi has been appointed as the new leader of the $70bn-valued company and he took his opportunity to talk to staff members on Wednesday, assuring them that he "is a fighter."

"This company has got to change," said Khosrowshahi, in a series of tweets posted to the Uber Communications Twitter account.

"What got us here is not what's going to take us to the next level. If culture is pushed top down, then people don't believe in it - it has to be written bottom up."

Khosrowshahi also revealed his desire to recruit a new chairman who will help to "drive the agenda and rhythm of the board" as well as taking time out for some selfies.

A special selfie at the end of a very special all hands introducing @dkhos to @Uber employees around the world. He starts on Tuesday! pic.twitter.com/vAPwqUbwu1

The Information's Amir Efrati tweeted that the new CEO is aiming to take the business public "within 18 to 36 months" and has set a target of regaining its market share from rival Lyft.