Who is FireEye, winner of the Best Security Company of the Year award? 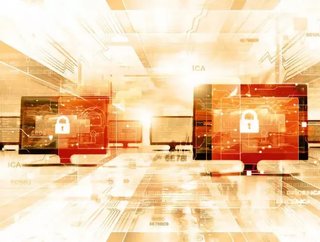 At the Cyber Security Awards 2019, FireEye clinched the award for Best Security Company of the Year with over 150 staff. Gigabit takes a deeper look at...

At the Cyber Security Awards 2019, FireEye clinched the award for Best Security Company of the Year with over 150 staff. Gigabit takes a deeper look at the cybersecurity powerhouse and its team to find out more...

FireEye Inc. is an intelligence-led security company headquartered in Milpitas, California. The firm ended the year on a high in 2018, reporting full-year revenue of $831mn – up 7% from 2017. “The fourth quarter was a strong finish to a record year for FireEye,” said Kevin Mandia, FireEye chief executive officer.  “We posted double-digit billings growth for the quarter and the year, and achieved full-year non-GAAP profitability for the first time in our history.”

With over 7,900 customers across 103 countries, FireEye serves more than 50% of the Forbes Global 2000 including clients such as Vodafone Australia, Infosys, and the Bank of Thailand. For instance, when partnering with Vodafone Australia, FireEye helped to create a comprehensive security framework to deploy protection across the telecom giant’s entire threat landscape, protecting subscribers and contributing to national security.

At the helm of the firm is Kevin Mandia, who has served as Chief Executive Officer and Board Director since 2016. Prior to that, he also served as the firm’s President from February 2015 to June 2016. Under his stewardship, the business has won several accolades including ‘Best Email Security Solution’ in the 2019 SC Awards. The firm argues that this success is partly due to its rich knowledge of cybersecurity.

"Our unrivaled real-time knowledge of the global threat landscape comes from more than two decades of experience, including 350,000+ hours of incident investigations and cyber security consulting each year, and 700+ highly experienced threat researchers, platform engineers, malware analysts, intelligence analysts, and investigators, as well as a global network of best-in-class business partners," FireEye wrote on its website.