Women in STEM: Giving back to the community 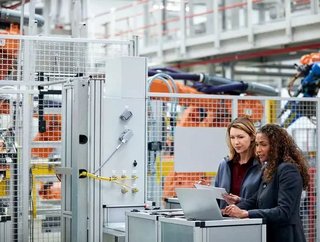 At present in the UK, only 15% of Engineering graduates are female. STEM (Science, Technology, Engineering and Maths) has historically been male dominan...

At present in the UK, only 15% of Engineering graduates are female. STEM (Science, Technology, Engineering and Maths) has historically been male dominant, which in turn, has led to more men in the talent pool. In some regions, there are also accessibility barriers, such as reduced access to computer rooms and unequipped teaching facilities and expertise, which have led to an imbalance in engineering teams when it comes to diversity. Whilst, we’ve come a long way in diversifying STEM, we still have a way to go before the tech industry will have a truly diverse workforce. Businesses have an opportunity and an obligation to help diversify not only their workforces, but the talent pool.

Inspiring the next generation of women in technology and science fields must focus on education in software programming, especially in areas where learning is limited. In developing countries, educating women in STEM has the ability to give women the power to gain financial independence, an agent for changing lives for the better.

But these communities require more than just investment. Businesses and leaders in STEM can give back by sharing career advice, knowledge, inspiration, experiences and resources to help educate and empower young women to consider a path in STEM.

Bringing more women into the sector is not just the right thing to do, it’s the smart thing to do. As technologies such as AI and ML begin to take off, the importance and capacity of data and its frameworks is growing. In the past data was an outcome, however, data is now implemented within technologies, responsible for informing all our systems. This is where potential data bias can evolve. Several research centres, such as the AI Now Institute, have reported that voice and speech recognition systems performed worse for women. Most recently, YouGov found that close to two-thirds of women say voice assistants such as Siri and Alexa have difficulties responding to their commands because they are built predominantly by men.

Recently, an HR recruitment tool taught itself to downgrade female candidates because men have historically held technological jobs and therefore saw males as more suitable. As a result, Amazon had to shut down a number of AI driven programmes due to this bias. Facial recognition systems have also been more error-bound with female faces and in fact find it harder to identify faces from minorities. Photos used to train computer systems include more male white than from any other demographic. A balanced developer-base will be key to developing robust, neutral frameworks and anticipating future challenges, helping to create successful end-products which work equally well for both men and women.

Exposure is the first and most important step

Exposure to STEM is made more likely through private education or being closely located to major tech hubs such as Silicon Valley or Silicon roundabout. Finding opportunities within STEM can otherwise be difficult. There are even greater challenges in developing or war-torn countries like Afghanistan, where there’s unfortunately not a market for STEM graduates. Yet, it was a computer programming insights programme in my hometown, Kabul, which piqued my interest and ignited my passion for computer programming.

It’s important for businesses and voices within the STEM community to give back and help give young people exposure to these subjects. Businesses have the power to educate young people on the need for talented and creative young people in the sector and why a balanced developer base is so important. It is the next wave of developers, scientists and programmers which are key to businesses future prosperity, so it’s in their best interests to engage with the younger community and open their eyes to a career in STEM. Ideally, computer programming should be studied from an early age, which is something leaders should be actively campaigning for.

With the rise of social media, it’s never been easier for leaders and mentors to reach out to aspiring members of the STEM community. Social media platforms have the benefit of cutting out the middle-man, giving people direct access to anyone and any community with a social media account. Linkedin, Twitter, Facebook, Instagram and online forums have become hot spots where young people in STEM can feel connected, discuss careers in STEM, hear from role models and help others by sharing experiences.

A recent movement on Instagram, where women in science use the hashtag #ScientistsWhoSelfie, reveals a community where women feel empowered by connecting and sharing their stories. This hashtag has become a powerful tool in encouraging young, non-white women to come into the sector, breaking down the stereotype of what scientists have historically looked like. Businesses can give back via social media by using their own social networks to promote diversity, as well as hosting programmes, forums and blogs where young people can come for advice and inspiration.

There’s never been a better or more crucial time to give back to our communities in STEM. The lack of representation is already creating repercussions when it comes to general product design, and bias within AI. To ensure female talent avoids slipping through the net, it will take a fully pledged drive from the ground-up, giving back to the community and offering a lending hand to our future workforce.