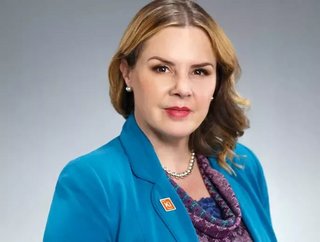 As 2019 draws to a close, we're taking a look back at some of the most interesting features from the past twelve months. In March - and then again in Oc...

As 2019 draws to a close, we're taking a look back at some of the most interesting features from the past twelve months. In March - and then again in October - I was lucky enough to speak with Helen Knight, then Director of IT at the Calgary Drop-In Centre and CIO of Helen Knight Consulting, about effecting digital transformation and how technology can be used to lift up the most vulnerable people in society. Helen also featured in my later article on why promoting women in technology is both an ethical and economic necessity. I've combined some of the best bits from both those interviews to help round out the year. Enjoy.

Last year, tech job platform Honeypot conducted a study of 41 EU and OECD nations focused around gender parity in the technology space. In addition to revealing that Bulgaria leads the world as an employer of women in tech jobs (with a 30.28% female workforce), the study placed the United States and Canada firmly in the middle of the pack. The US tech workforce employs just over 6mn people and Canada slightly more than 900,000, with both countries paying women in technology jobs about 18% less than their male counterparts. “Gender parity in the workplace is not just an ethical or moral issue, but also an economic one: McKinsey found that $12trn could be added to global GDP by 2025 by advancing women’s equality,” explains Emma Tracey, Co-Founder of Honeypot. “With the proportion of female tech workers remaining under 30% across the board, we hope that this study will enrich the conversation concerning equality in this industry and inspire more women to seek out opportunities in tech.”

Today, the gender gap is slowly but surely beginning to close, as cities like Washington DC and Baltimore become havens for vibrant, increasingly gender-diverse startup scenes, and are seeing an increasing number of female executives higher up the pay ladder - although major tech hubs like Silicon Valley, San Francisco and Seattle are conspicuously absent from the list. In Canada, Vancouver is starting to emerge as a hub for women in tech.

However, the factors that push women away from jobs in technology still remain in our cultural and educational institutions. “In North America, the influences that work against women becoming interested in technical fields start very young. It’s like there is an unspoken belief that, if you're pretty enough, you don't need to learn math. That is a uniquely Western perspective that I don’t see happening in Asian countries. It's ridiculously wasteful and it happens to girls at a very young age,” says Helen Wetherley Knight, Canadian CIO of the Year Finalist 2018 and 2019, and Director of Information Technology at the Calgary Drop-In Centre.

Knight has always been excited by computers. “My parents met through computer dating,” she mentions, “so I'm the product of that technology from the early 70's. I started programming when I was nine and I was very interested in technology, however, in high school, I learned that ‘tech was for boys’, so I backed away for a few years. Now, I am a pretty loud advocate for keeping women engaged in technology.” Knight has worked in IT for over 20 years, spending 12 of those years at Suncor Energy while also running her own consulting business, Helen Knight Consulting Inc, of which she is now the CIO and Principal.

We sat down with Knight to hear her insight into the current state of women in technology, how a gender diversified approach can lead to better decision making, and her ongoing work with the Women in Technology (WIT) Network promotes women and girls to pursue careers in technology.

“My grandmother was a mathematician in Australia in the 1940s. When she got married, she could only find work as a math teacher, and once she had children, she could no longer practice her love of mathematics. My mother was a scientist in Australia in the 1960s and was accepted to study dingoes in the outback. However, once they discovered she was a woman they sent her a letter that said: ‘We rescind our offer as we have a male applicant’. Although this was devastating for my mother, she returned to school and studied to become a science teacher, heeding the advice from her mother that the only way she could work in the field she loved was as an instructor,” recalls Knight.

“It worked out for me though, because at the University of Sydney, Australia, another student was working on a bold thesis that the schools new Super Computer could be used to survey people on their interests, encode the data onto punch cards and find love matches, creating the world’s first computer dating system. I was lucky that both my mother and father volunteered to participate in the experiment, as that is how they became matched, fell in love and eventually had me, a product of artificial intelligence.”

Knight became interested in computers at a very young age, learning to program when she was nine and falling in love with the world of technology and its potential applications. “In high school, I was startled to be told that computers were for boys. None of my new classmates were interested in computers, so I spent my high school years learning how to dumb down my intellect in an attempt to be datable." She didn’t rekindle her love for computers until she was 26, enrolling in technical school and quickly accruing certifications and making up for a decade of missed opportunities to learn. After receiving her MBA from Athabasca University, Knight proceeded to hold increasingly senior jobs in the tech space, founding her own IT consulting company in 2008. Alongside her current role as Director of IT at the Calgary Drop In, Knight still speaks professionally on IT transformation and diversity in technology at universities and conferences across North America. “When I go to CIO conferences, I'm often the only woman in the room who's not in marketing,” she says. “For the last year, I've been talking to men about women in IT and how, in financial terms and uptime, their teams will be better and more effective if they’re genuinely diverse.”

Pointing to a Credit Suisse survey that tracked the performance of 3,000 companies over a 10-year period, Knight highlights the fact that companies with women in executive roles were more profitable, resilient to market down-turn, innovative, collaborative, and better decision makers. “I’m not theorising that an all-female board would do better than an all-male one, but diversity has been proven to improve boards in other industries. We’re just struggling with it in technology, where women are so often marginalized,” she explains.

The crux of the distinction is neurobiological, Knight argues. Referencing Dr. Louann Brizendine, author of The Female Brain, she notes that “the female prefrontal cortex is larger, which is what actually governs aggressive impulses, so it aligns with the fact that we do things less impulsively and have more patience. Women have a larger insula, which gives us an increased ability to read nonverbal cues like facial expressions. Also, we have a larger Anterior Cingulate Cortex, which improves the ability to weigh options during decision making, and a larger and more active Hippocampus, which allows us to store emotional memory in greater detail.” The upshot is that, while the male brain is built to generate clear and distinct drives towards singular solutions, the female brain excels at brainstorming activities, weighing options and thinking in terms of large, integrated systems. Knight maintains that either method of thinking in isolation has its own drawbacks and inefficiencies, but if the tech space became more diverse, “We would have better tools, better teamwork, less territorialism and better training material, because women still remember the emotional pain of learning, whereas men's brains flush that out a lot faster.”

Knight believes that one key to championing diversity in the tech sector is to increase the ability for the minority of women working in it to connect with and support one another. To that end, she does guest lecturers, mentors’ groups of female students and is a member of the Alberta chapter of the WIT Network, with the aim of bringing together women and girls in the province who are interested, or already working in technology. The WIT Network has over 80 chapters worldwide, in more than 30 countries, offering programs, mentorship and inspiration for all ages and stages in a women’s career in tech. “The WIT Network offers us the ability to support, not only our female employees, but also our entire management team who are focused on diversity and inclusion. Every current and new female employee will receive a welcome package which includes their WIT Network membership benefits,” comments Vicki Thomson, Chief People Officer at New Signature, a cloud-first, full-service, Microsoft partnered technology solutions company.

Knight plans to continue campaigning for a brighter future for women in technology. As with all people who work to build a better future, a large part of her motivation comes from the desire to improve the lot of future generations. “I hope I am a part of the solution,” she says. “I’m also very eager to see the next generation grow. When my daughter was two, I saw her trying to stretch an image in a book to make it bigger. She’s grown up with tech all around her, today’s children have so much access to easy to use devices. The fact that there’s no gender bias there - no one is telling little girls today that iPhones are for boys - is something that makes me really excited about the future.”