10 years of iPhone: How has the Apple flagship changed? 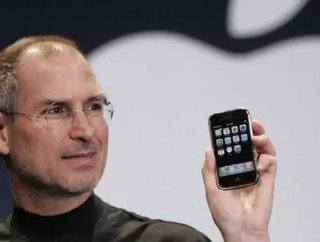 Apple's crowning glory and most successful product celebrates turning ten years old today, with the very first iPhone released to much fanfare and anticipation - but how has it changed over the years?

"This works like magic. The iPod changed everything in 2001 - we're doing it again in 2007," said the late Steve Jobs at the Macworld Expo in 2007. His "revolutionary" device was presented before 2,000 people and boasted a new idea - using a touchscreen instead of the conventional buttons to navigate.

Microsoft CEO at the time Steve Ballmer infamously laughed off the prospect of the iPhone ever become a successful device – “$500 for a phone?! That is the most expensive phone in the world and it doesn’t appeal to business customers because it doesn’t have a keyboard!”

The moment of truth arrived - and it didn't fail to deliver. Fans queued in their hundreds for days to get their hands on the new wave of technological genius from Jobs. One man who had secured himself at the front of the line was "offered $1,200" for his place.

Six months had passed since the iPhone had been announced and that gap had provoked a frenetic rumor mill and insatiable anticipation in the US. Crowds counted down to the 6pm launch like it was New Year's Eve, before erupting into cheers. Many stores sold out of the device in the first few hours - the revolution had truly begun.

Whilst the first iPhone was an undoubted success, it was criticized for its pricing and had a sluggish start - such was the backlash Apple had dropped the price of the 8GB version from $599 to $399 by September 2007, shortly before selling the one millionth iPhone.

One year on, and Jobs was at it again: the second generation was here, and with it - the App Store. iPhone 3G was announced in June 2008 and launched a month later, shipping with increased storage and an improved operating system. This was even cheaper than the price-reduced first gen, with the 8GB selling for just $199 and the 16GB retailing at $299 in AT&T stores, and consumers started seeing a long-term sustainability to the iPhone project.

Ultimately, the iPhone 3GS changed the game in 2009 with the introduction a 32GB storage option, yet it was merely a small step forward in comparison to the overhaul that the iPhone 4 delivered in June 2010.

The iPhone 4 came with a new, less rounded design and introduced the front-facing camera, coupled with HD recording and a retina display. Jobs also implemented an application that would go on to become a staple of iPhones around the world - FaceTime. iBooks and Multi-tasking also featured prominently in an interface reboot.

However, the iPhone 4 saw the return of high price tags - the 16GB retailed at $599 and the 32GB at $699 if you were to go for an unlocked version, as it wouldn't be subsidized by the AT&T two-year contract.

2010 also saw the first death of an iPhone model - on June 21, 2010, the very first iPhone was officially unsupported, after it was discontinued back in 2008.

Siri arrived on the iPhone 4S in October 2011, but that was the only major update to the second ‘S’ edition. Whilst Siri was built into the phone, it wasn’t prominent – the user actually had to go into settings and switch the assistant on before being able to use it.

More importantly, however, was the death of Steve Jobs on October 5, 2011. The pioneer of the iPhone revolution alongside Tim Cook, Jobs changed the world forever with his vision and genius.

Once again, the new generation of the iPhone heralded another major overhaul. The iPhone 5 introduced the Lightning connector and an extra-tall screen which enabled a fifth row of apps added to the screen, instead of the previous four.

It also added Apple Maps as the default instead of Google Maps, and somehow that has stayed the same ever since…

This was the beginning of a whole new game – whilst the 5S was the flagship device launched in September 2013, the 5C stole the hearts of the younger generation with the option of buying the device in five different colors.

Cosmetic changes, iOS 7 and 8 and a cheaper price meant that this was the device that was seen most – the striking vibrancy of the green, blue, yellow, red and white meant that these were easy to spot and made for a must-have gadget.

Meanwhile, the 5S featured the more prominent and important features – Touch ID was introduced along with a 64-bit A7 processor, as well as more improvements to the camera and flash.

Apple’s iPhone 6 in 2014 came with the option of the Plus version – Apple had bowed to the industry trend of bigger smartphone screens.

The 6 also saw an increase in the storage potential of devices, with a 128GB option floated for the first time, as well as the implementation of Apple Pay and a significant upgrade to the camera.

Equipped with an improved design, increased power, an improved display and a hefty price tag – the iPhone 7 and Plus edition arrived in 2016.

The headphone jack, or rather a lack of one, was the main talking point about the 7 – a new, single Lightning port connection also saw the rise of the wireless Apple AirPods, which still cost $159 to purchase.

Increased battery life, iOS 10 at launch, and a 64-bit quad-core A10 Fusion processor saw this become the best iPhone to date, with added bonuses such as 4K video recording and water- and dust-resistance.

Storage was doubled again, this time topping out at a whopping 256GB – a dramatic improvement over the 4GB iPhone back in 2007.

Overall, the iPhone has continued to dominate the phone market ever since its first edition ten years ago and has surpassed the one billion sales mark. A reinvigorated push in September every year is further pulling consumers towards the easy-to-use interface of the iPhone.

This is the main selling point - a simplified layout and the ability to easily alternate between applications and usages means that even the least tech-savvy can pick up and use the Apple device quickly and without fuss.