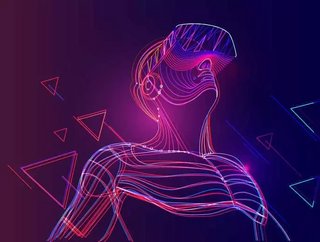 AR has moved from the gaming room to the board of directors and the factory floor, and now looks set to revolutionise the way we will work within the ne...

AR has moved from the gaming room to the board of directors and the factory floor, and now looks set to revolutionise the way we will work within the next five years. Robert Hoyle Brown, Vice President, Cognizant’s Centre for the Future of Work, takes a look at the future of mixed reality.

While augmented reality (AR) is primarily seen as a consumer technology, it is fast earning a seat at the business table through its ability to drive more efficient operations by bridging the gap between customer expectations and services.

AR adoption is growing rapidly: research from Cognizant’s Centre for the Future of Work found that nearly half (49%) of senior executives believe AR will become a mature technology that is accepted, established, and in widespread use within the next 18 months to three years. Additionally, one-third of the 300 respondents said they have already fully implemented AR initiatives and are capturing value as a result.

In fact, according to Gartner, 25% of organisations will have deployed AR to production by 2020. It also estimates that the technology will create 2.3 million jobs during 2020.

With emerging technologies, it is often the case that companies will look for evidence of their success in the consumer market first. While the release of the Google Glass AR headset in 2013 did not lead to widespread adoption, many would argue that it was too far ahead of its time. Apple’s rumoured move to release its first pair of AR smart glasses in early 2020, together with Adobe’s recent Aero AR app launch and the success of Sephora’s Visual Artist AR tool, are signs that the global market could finally be ready for the technology.

What would a world with AR-enhanced enterprises look like and what are the remaining barriers to getting there?

Soon, AR could reshape the way we work thanks to its ability to meld people, places, and time into one immersive experience. Creating these experiences will drive employee engagement, productivity, and efficiency, which are the keys to success in the face of increased competition.

Where technology has digitised previously repetitive manual and paper-based work processes, AR will take the next step by rewiring business process journeys to allow information to be exchanged while on the move. It will remove “look away” activities that involve checking information and toggling between multiple documents or screens. For example, factory workers can use AR to display construction schematics, assembly or repair instructions in front of their eyes rather than having to check and recheck a static document.

Furthermore, 82% of respondents surveyed by Cognizant believe that redesigning business processes is the most notable benefit of AR, empowering employees to take a more analytical approach to work and driving time efficiencies. One of the main benefits of AR is that it enables employees to work more quickly, and the rollout of 5G will drive further AR adoption. The improved network latency will reduce the slow data speeds that can lead to non-fluid AR experiences, which will be integral to creating connectivity across the business.

Concerns and barriers are not showstoppers

Given the current talent shortage in many roles involving digital expertise, companies may be concerned about their ability to acquire the necessary people to make AR a success. 85% of respondents identified user experience and user interface as the most necessary skill. However, demand for user experience and user interface design, especially people who are experienced in this field, is already high even though AR is really in its infancy. There is also a need for the development of natural language processing, which is expected to drive adoption as voice is an easier format than hand gesturing for many.

The value of AR within businesses is also becoming clearer. According to 62% of the senior executive respondents in our survey, brand reputation is expected to be the top qualitative benefit of AR adoption. Companies understand the need for their brand to stay up-to-date with emerging consumer demographics and see AR as a way of achieving this.

When faced with the need to manage the perception that AR is a technology reserved for the consumer market, it seems as though its success in the consumer setting is driving more interest from businesses. For 65% of respondents, the “fun and games” aspect of AR is serious business. They believe gaming engines such as Unity or Epic’s Unreal Engine will be the external suppliers of choice for AR capabilities. Dismissed until recently as being “just a game thing”, the massive computing power and beautiful image rendering of these engines will transpose best practices from the immersive world of gaming to catalyse mission-critical enterprise processes as fit-for-purpose in an AR-enabled world.

AR: coming to an enterprise near you in 2020

AR has the potential to revolutionise the way we work. Consumer familiarity with the concept of AR on a mobile phone (think: Snapchat filters and Pokemon GO!), along with its benefits, will make its transition into the workplace much smoother. Organisations can use knowledge around acceptance in this space to understand how AR will create more personalised interactions, augmenting the business experience in 2020 and beyond. Like the advent of the smartphone over a decade ago, this moment requires all of us to think differently because, with AR, the journey becomes the process – and the process becomes the journey.