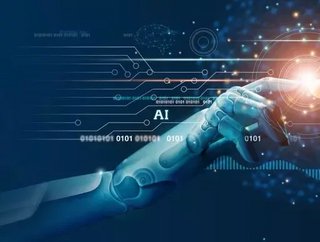 5G is about to change the way business works. We look at the five trends most likely to prove transformative in the coming years...

5G is not just a speed boost. The jump from 3G to 4G LTE gave better speeds to mobile devices on the move. The leap from 4G to 5G is an entirely different beast. Yes, it will increase over-the-air data speeds, but more importantly, it will usher in a new era of reliability and low latency that is likely to change the way factories and offices work, and further deepen the digital transformations that have taken root over the past year. Here are five of the biggest trends we can expect to see moving as 5G takes hold in 2021 and beyond.

Edge computing and 5G go together like a horse and carriage, unleashing a torrent of minimal lag data and allowing virtualisation to move away from being a cost-saving convenience for enterprise customers to a fully fledged new way of working through the cloud. Expect 5G/edge to be among the biggest shifts in enterprise technology over the next couple of years.

5G in robotics, AI and IoT

The reliability and speed of 5G means robots and internet-linked machinery will become more robust and independent, gradually shifting away from heavy human supervision. As more and better data are relayed in near real time, expect AI to take leaps forward in its ability to recognise operational patterns.

While the developed world is looking at partially moving its data streams to 5G from existing infrastructure, other areas are looking at 5G as the first wave of reliable internet. Expect disruption as much of the world’s population gains access to steady data speeds for the first time.

5G devices are launching thick and fast, many in the entry-level price band. At the premium end of the market, 5G will unlock more possibilities for developers to create new products and ways of working. Rumours abound that the movement will primarily accelerate augmented reality (AR) and virtual reality (VR), but expect 5G to give rise to new technology ideas with potentially transformative effects as well.

Digital transformation has had a busy year with Covid-19 accelerating the trend for data-led business across all sectors. Empowered with what for many is their first foray into data analysis, expect many firms to embrace the power of 5G to collect, analyse and share unprecedented amounts of data.