Adding trust to the IoT with Blockchain 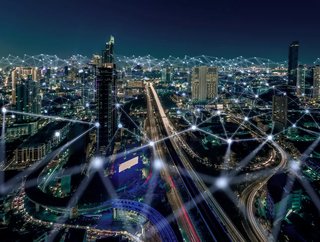 The IoTs is fuelling many parts of the digital transformation landscape but there is one element that is missing for businesses to fully embrace the technology – trust.  Was the temperature gauge working and calibrated, was it really in the location it said it was and the limit the actual limit?  A simple example, but if we are going to make automated critical decisions or transactions based on IoT data, we need to be sure it is accurate, true and has not been tampered with or compromised.

As IoT growth accelerates, there will simply be too many devices and too much data for human intervention.  And while big data technology is capable of processing and analysing large volumes of data, it does not provide security and trust.

That’s where blockchain comes in.  As a distributed database or ledger technology, blockchain stores and manages data in so-called blocks, encrypted and linked together to form a chain.  Each block also contains an immutable record of exactly when it was created which cannot be corrupted, lost or changed without the network knowing about it.  With a public blockchain, anyone can download the peer-to-peer client software, view the ledger and interact with the blockchain.  This means that no single party has control over the massive amount of data the IoT devices generate, making it virtually impossible for anyone to compromise or corrupt data records. Public blockchains, however, were developed for and largely associated with cryptocurrencies and are designed to preserve an individual user’s anonymity and treat all users equally.  This means that when it comes to enterprise applications – including managing IoT ecosystems – the strength of public blockchains also becomes a weakness and poses several challenges around privacy and control.

For many enterprises, the idea of allowing every participant to have full access to the entire contents of the database does not sit well.  As a result, a new generation of private blockchain is emerging where a single authority or organisation ultimately retains control, and no one can enter this type of network without proper authentication.  Some private blockchains can look more like centralised networks but they offer many, if not all, the distributed benefits.  Any overall control they do retain helps to improve privacy and eliminate many of the illicit activities often associated with public blockchains and cryptocurrencies.

Private blockchains are ‘permissioned’ where participants are known or trusted and can provide audits, checks and balances to prove the data is really the data.  And as fewer nodes are needed to manage IoT data, decisions and transactions can be supported and processed at a much higher rate and require far less processing power and energy.  For reasons of performance, as well as accountability and cost, private blockchains are more suited to enterprise IoT applications, where the technology empowers and supports the business rather than individual users.

A smart contract is essentially an agreement between two entities, such as IoT devices, that takes place when certain pre-conditions are met and will play a fundamental role in the automated authorisation of transactions based on IoT data and a single version of the truth across participants.

For example, if all IoT devices had smart contracts with the device makers, it could be used to update the device software automatically as soon as it became available.  You would also know that the update was coming from a trusted source and not from some person or something posing as your device maker.

Smart contracts can also be used in supply chains underpinned by IoT technology.  For example, perishable goods are typically subjected to varying environmental conditions as they pass through transportation and warehousing networks.  By combining IoT and blockchain, location, time and temperature data, for example, can be collected and incorporated into the blockchain to create an immutable history of the product as it passes through the supply chain. IoT sensors can also be placed in trucks to record key events on a blockchain to help manage fleet whereabouts and returns and to support more meaningful billing practices.

Blockchain can also help with user authentication in smart homes or cities for validation onto IoT devices.  By creating immutable records of the people in your home or city using a blockchain, you would have a single record to track authenticated users.  This means there would be no need to manually provide access to each person every time you add a new device.

By using connected sensors, lights, and meters, for example, data can be easily collected and analysed ensuring round-the-clock functionality.  Blockchain, once again, provides the perfect foundation for smart city IoT devices such as air, light, noise and quality sensors, ensuring the security, efficiency, and validity of data.

A strong future together

IoT is thriving, gearing up for explosive growth in the coming years.  By the end of this year, there will be 13.8 billion connected IoT devices worldwide—a number that’s expected to almost triple by the end of 2025.  At the same time, the adoption of blockchain technology is also on the rise, with 84% of major businesses already actively involved, according to PwC.  This trend is partly fuelled by the growing number of blockchain IoT use cases from manufacturing to retail, supply chain to mobility.

While public blockchain platforms drive most of the news headlines, largely around cryptocurrency activity, private blockchains look set to become the main contributor to blockchain market growth and will no doubt retain the largest market size in 2021, according to Gartner.  Private blockchains provide more opportunities to utilise the technology for IoT use cases and deliver higher efficiency, privacy, reliability, and transparency.  Large enterprise IoT blockchain solutions will be custom developed according to business needs, while SMEs will take advantage of cost-effective pre-packaged solutions.  Gartner forecasts that the business value generated by blockchain will reach $176 billion by 2025 and $3.1 trillion by 2030.