Alibaba could be listing on the Hong Kong stock exchange 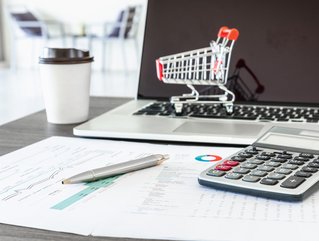 Ecommerce giant Alibaba is considering a secondary share listing on the Hong Kong Stock Exchange, according to reports.

Ecommerce giant Alibaba is considering a secondary share listing on the Hong Kong Stock Exchange, according to reports.

The reports, which first came from Bloomberg, state the company will look to raise $20bn through floating on the Asian exchange. The company made its debut on the public stock market with an IPO on the New York Stock Exchange in 2014, raising $25bn which remains a world record.

At that point, Alibaba was valued at $268bn, a figure which has since risen to more than $400bn and should mean a massive fundraising if the listing goes ahead.

More than just an ecommerce business, Alibaba has operations in logistics as well as fintech through its finance arm, Ant Financial, which operates popular payments platform Alipay.

The reason Alibaba listed in New York initially instead of closer to home was that the Hong Kong Stock Exchange had stricter regulations, but these have now been changed to allow dual-class shares.

Alibaba’s fellow Asian internet behemoth, Meituan-Dianping, listed on the HKSE as a result last year, and it is hoped more international tech companies will follow suit.