Alibaba unveils one of China’s most advanced chips 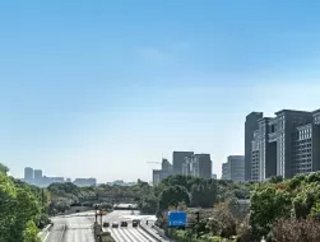 The Chinese tech giant’s newest chip is based on advanced 5-nanometre technology and micro-architecture, provided by the SoftBank Group Corp. which is owned by Arm Ltd - according to a statement put out today.

Alibaba, which is holding its annual cloud summit in Hangzhou, said the silicon will be put to use in its own data centers in the “near future” and will not be sold commercially yet.

Jeff Zhang, president of Alibaba Cloud Intelligence and head of Alibaba’s research arm Damo Academy said: “Customizing our own server chips is consistent with our ongoing efforts toward boosting our computing capabilities with better performance and improved energy efficiency. We plan to use the chips to support current and future businesses across the Alibaba Group ecosystem.”

Alibaba’s server chip is one of the most advanced by a Chinese firm yet and matches global rivals like Amazon and Google in gradually replacing silicon from traditional chipmakers like Intel and Advanced Micro Devices. Its products are custom-designed for their data centers and workloads.

This development signals how China’s effort to build a homegrown semiconductor industry is bearing fruit. The CCP has made tech self-sufficiency a top national priority, setting aside billions in government funding and offering a wide range of policy support to help local firms overcome U.S. sanctions on the industry.

Alibaba is just one of a number of Chinese firms answering Beijing’s call to invest in the development of cutting-edge technologies and manufacturing capacities. Known as Yitian 710, the Arm-based server chip is the third semiconductor introduced by the e-commerce giant since 2019, following an artificial intelligence chip as well as one used for IoT.

However, with limited domestic semiconductor manufacturing capabilities, Alibaba will likely still have to outsource production. While the company didn’t disclose its manufacturing partner, Taiwan Semiconductor Manufacturing Co. and South Korea’s Samsung Electronics Co. are the only two companies capable of mass-producing 5-nm chips.

Each nanometer, equal to one billionth of a meter, measures the size of transistors within a chip. By making them smaller, manufacturers can cram in more of them to make semiconductors smaller and more powerful. Apple is among other companies using the leading-edge technology for the chips that power its iPhones and Macs.