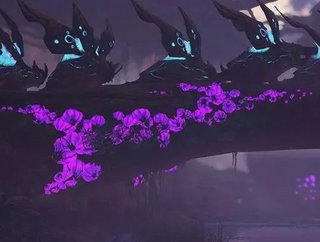 Technology giant Amazon has announced a partnership with South Korean developer Smilegate to publish its next game in North America and Europe...

Technology giant Amazon has announced a partnership with South Korean developer Smilegate to publish its next game in North America and Europe.

Amazon’s attempts at entering the lucrative video game industry, projected to be worth almost $200bn by 2022, have thus far been fairly abortive. It bought video game live-streaming site Twitch in 2014 for close to one billion dollars, and has more recently embarked on developing video games itself. It’s first release, however, a free-to-play hero shooter, was received so poorly it took the almost unprecedented step of withdrawing the game back into a testing phase.

In a press release, Christoph Hartmann, VP, Amazon Games, said: “Amazon Games is committed to bringing our customers the most engaging game experiences, both through our own internal development teams and from the very best external development studios around the world. Smilegate has a strong track record of creating big games that players love, built to offer years of enjoyment — exactly the type of best-in-class, living, growing online games we want to bring our customers.”

Smilegate is well known as the creator of CROSSFIRE, a first-person shooter video game particularly popular in Asia, with a total 670 million users signed up.

“Smilegate RPG and Amazon Games will combine our respective expertise to introduce one of our AAA games to Western players,” said Chi Won Gil, CEO, Smilegate RPG. “Amazon Games is uniquely positioned as a publisher to reach entirely new audiences through its deep commitment to customers and substantial games publishing resources and channels, including Twitch, Prime Gaming, AWS, and more.”

Specific details of the game or a time for its release were thin on the ground. Other projects for Amazon Games include retooling the aforementioned withdrawn game Crucible, a massively multiplayer game known as New World, and perhaps most intriguingly a game based on The Lord of The Rings, with Amazon also developing a TV show based on the property.