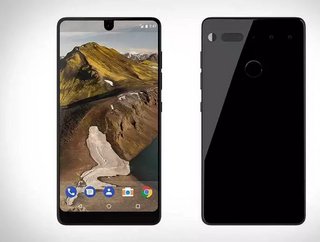 Playground Studios has unveiled its new much-anticipated bezel-less Essential PH-1 smartphone, as well as a rival to the Amazon Echo - the Essential Hom...

Playground Studios has unveiled its new much-anticipated bezel-less Essential PH-1 smartphone, as well as a rival to the Amazon Echo - the Essential Home Assistant.

Andy Rubin, known for creating Android, is the founder of Playground and his new venture was revealed on Tuesday after teasing the product for the past few months.

The screen wraps from edge to edge, curving around the front-facing selfie camera, and features magnetic connectors on the back of the device - these can be used to attach the 360-degree camera, which can be ordered with the phone for just £50 extra.

Aiming to eclipse the iPhone, a 5.7-inch screen does just that. Both rear- and front-facing cameras shoot video in 4K and Playground boasts that the phone is so durable and tough you don't need a case to protect it.

Along with the Qualcomm Snapdragon 835 processor and 4GB of RAM, the Essential comes in four different colours, all with a fancy name - Black Moon, Stellar Grey, Pure White and Ocean Depths (a green-blue with bronze edging).

In a similar move to Apple, Essential has dropped the usual 3.5mm headphone jack and instead may make use of the magnetic ports on the back of the phone with a separate accessory.

Also launched was the Home Assistant - a device that Playground hopes to be a big rival to the Echo Show. The Home features a circular screen which can be activated by speaking or by tapping the device and will feature its own OS, called Ambient.

It's expected to be able to learn from past behaviours and suggest what you are going to do next, enabling it to get progressively more accurate the longer it is used.