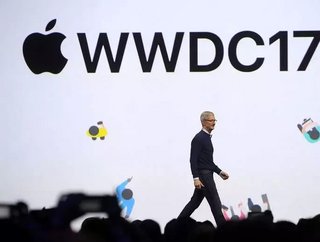 Apple's WWDC 2017 keynote event delivered much of what was expected of it on Monday, with the new iOS 11 and a competitor to Alexa the main talking poin...

Apple's WWDC 2017 keynote event delivered much of what was expected of it on Monday, with the new iOS 11 and a competitor to Alexa the main talking points taken out of San Jose.

Software updates are being rolled out across all systems and are expected to land in the summer, with the new macOS High Sierra boasting virtual reality support and improved graphics, as well as improvements to Safari, Mail and split view capabilities.

Also featured in High Sierra is the new Files system, with Apple say will be more secure thanks to native encryption and crash protection. The developer beta is out now, with the public beta expected in late June.

Unfortunately for some Apple users, iOS 11 will spell the death of all devices prior to the iPhone 5C. Support for earlier iPhones is ending with the release of the new operating system, which will only work with 64-bit devices.

This will also see support and security updates for any iPad 4 ending, with the updated interface and operating system only aiming to take advantage of the A7 processor that came with devices later than 2013’s iPad Air and iPhone 5S.

‘Reinventing music in the home’ is the slogan that accompanied the unveiling of the new HomePod – a new assistant that is targeting Amazon’s Alexa and it is expected to work in a similar way, whilst prioritising high-quality audio.

Philip Schiller, Apple’s senior VP of Worldwide Marketing, led the section about the HomePod and described it as packing ‘powerful speaker technology, Siri intelligence and wireless access to the entire Apple Music library.’

‘Apple reinvented music with the iPod and now HomePod will reinvent how we enjoy music wirelessly throughout our homes.’

Apple also showed what the new iMac Pro is capable of – the retina 5K display is coupled with an 18-core Xeon Processor and real-time 3D rendering.

The iMac Pro has been billed as the ‘most powerful Mac ever’ and will retail at $4999 in America.

Innovations for the upgraded Safari include autoplay blocking and Intelligent Tracking Prevention, which will stop adverts following you around the internet, especially if you actually purchased the product.

Partnerships with Valve and Unity promoted the Steam VR SDK which is coming to Mac, with a demonstration exhibiting the ease of manipulating objects in the simulator.

Meanwhile, tvOS will now support Amazon Prime Video and Tim Cook has promised more developments in regards to Apple TV throughout the year.