Apple is being taken to court over 'Error 53' repair policy 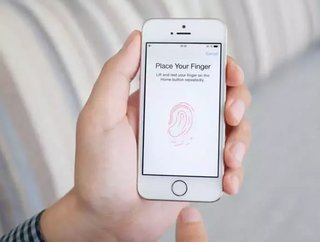 Apple has been caught out in asting operation conducted by the Australian consumer watchdog which has recorded employees wrongly telling customers that...

Apple has been caught out in a sting operation conducted by the Australian consumer watchdog which has recorded employees wrongly telling customers that they would not repair or replace devices affected by the 'error 53' bug that hit in February 2014.

The error caused an eternal start-up loop when the phone was upgraded to iOS 8 and rendered the device useless unless fixed or replaced by Apple. This fault was pinpointed to the fact that phones were detecting that third-party repairs had been conducted and thus shut down the system.

Consumer regulator the Australian Competition and Consumer Commission (ACCC) is seeking monetary damages according to the Wall Street Journal, and the tech developer could face up to $829,000 in fines per violation. This, however, could be difficult as there was an estimated one in 1,000 devices affected by the bug but no official figure has been released.

"The ACCC alleges Apple represented to consumers with faulty products that they were not entitled to a free remedy if their Apple device had previously been repaired by third-party, 'unauthorised repairers'," said the ACCC in a published media statement.

"However, having a component of the Apple device serviced, repaired, or replaced by someone other than Apple cannot, by itself, extinguish the consumer's right to a remedy for non-compliance with the consumer guarantees."

The lawsuit specifically refers to devices purchased between the time period of February 2014 and July 2016, of which a minority were affected by the error.

Apple has denied the allegations put forward by the ACCC, saying that they have not misled or caused harm to any of its Australian consumers. Apple does have previous in relation to the error - last year, a $5m case in the United States was thrown out as the plaintiffs '[had not] plausibly alleged that Apple actually knew of this alleged risk.'