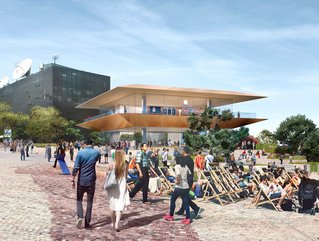 Apple is to build what it calls its most significant store in the Southern Hemisphere.   The US technology giant has revealed plans fo...

Apple is to build what it calls its most significant store in the Southern Hemisphere.

The US technology giant has revealed plans for an ambitious project in Federation Square, Melbourne, with construction expected to commence around the middle of 2019.

Angela Ahrendts, Apple’s Senior Vice President, Retail, said: “We’re thrilled to move forward in the planning process for our new home in Melbourne’s Federation Square and would be honoured to call the world-class galleries and museums of Melbourne our neighbours.”

Although it is not yet clear how much Apple is investing into the project, the whole site will be powered by renewable energy and is set to offer over 200 new Apple positions and several hundred construction jobs.

The store itself is a two-level pavilion design, and Apple is referring to it as its most significant store in the Southern Hemisphere. It will also offer free sessions across photography, music creation, app development, visual arts and more on a daily basis.

The creation of Apple Federation Square will mean the demolition of the current building, which has stood for around 15 years, with Apple working in tandem with the Government of Victoria to deliver the project.

Ahrendts added: “Apple Federation Square respects the original vision for the plaza, with a bespoke design concept and extensive landscaping bringing increased opportunities for the community to enjoy this renowned cultural hub.”