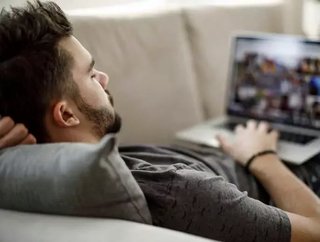 Apple has used its annual event to announce its entrance into the streaming business with Apple TV+ and Apple Arcade. It’s fair to say that much of A...

Apple has used its annual event to announce its entrance into the streaming business with Apple TV+ and Apple Arcade.

It’s fair to say that much of Apple’s success has been built on the back of hardware. With the influence of outgoing Chief Design Officer Jony Ive, Apple’s products have been widely recognised as icons of design.

It was no surprise, then, that yesterday’s Apple Event saw the announcement of the latest iPhone 11, as well as a new Apple Watch. What was less expected, however, was the launch of twin streaming services in the form of Apple TV+ for video content and Apple Arcade for game streaming, suggesting a tweak to the company’s direction moving forwards.

The former sees Apple gearing up to take on the big beasts of the streaming world such as Netflix and Amazon. The service, which Apple says is the first “all-original” video streaming subscription is set to launch on 1 November, costing $4.99 a month – the discount price initially causing Netflix’s stock price to dip. To entice customers, Apple is promising a year’s free subscription to the service to anyone purchasing an iPhone, iPad, Apple TV, iPod touch or Mac. It remains to be seen whether Apple’s exclusive offerings are high profile enough to enable it to carve out a niche in the market, with the company banking on the likes of “See,” starring Jason Momoa and “The Morning Show” with Jennifer Aniston and Reese Witherspoon.

Not content with just entering the video streaming business, Apple is also joining the likes of Google and its Stadia streaming service, albeit targeting a more casual demographic. Priced the same as Apple TV+, Apple Arcade is to undergo a staggered launch over the month of September, eventually coming to iPhone, iPad, iPod touch, Mac and Apple TV. As with Apple TV+, Apple touts the exclusivity of its games, somewhat euphemistically saying that “users will not find the games on any other mobile platform or subscription service”.