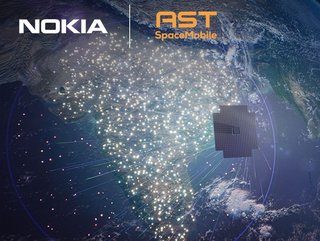 Together they will work to achieve their joint ambition to expand universal coverage and connect underserved communities around the world.

“Connectivity should be considered an essential service like water, electricity or gas. Everyone should be able to have access to universal broadband services that will ensure that no one is left behind,” said Tommi Uitto, President of Mobile Networks at Nokia.

“Nokia has a long history of delivering connectivity solutions that have had a major and positive impact on society. We have worked closely with AST SpaceMobile on this important initiative for two years which seeks to provide crucial connectivity from space to underserved communities around the world. We are of course proud our technology is playing an important role in underpinning the networks.”

Providing connectivity out of this world

AST SpaceMobile's mission is to eliminate the connectivity gaps faced by over five billion mobile subscribers worldwide and through its mobile network operator relationship, it has entered into agreements and understandings with mobile network operators which collectively service over 1.8 billion cellular customers.

The company plans to launch its BlueWalker 3 satellite for testing in early to mid-September from Cape Canaveral, Florida. BlueWalker 3 is a low Earth orbiting satellite which is designed to communicate directly with cellular devices via 3GPP standard frequencies. Ultimately, AST SpaceMobile is aiming to deploy approximately 100 satellites to achieve substantial global mobile coverage.

“With the integration of Nokia’s AirScale system, AST SpaceMobile and Nokia are taking an important step toward closing connectivity gaps all over the world," said Scott Wisniewski, Chief Strategy Officer at AST SpaceMobile.

Nokia supports the 2025 targets set by The Broadband Commission for Sustainable Development that aims to ‘connect the other half’ in the next five years.

“Nokia is supporting us with dozens of engineers and development professionals, including leading architecture research experts at Bell Labs, the world-renowned industrial research arm of Nokia. In the coming months, we are scheduled to launch our BlueWalker 3 test satellite into low Earth orbit, which has a 64-square metre phased array antenna designed for direct-to-cell connectivity. With this satellite, we plan to conduct testing all over the world with leading mobile network operators, leveraging Nokia's technology solutions on the ground,” he added.