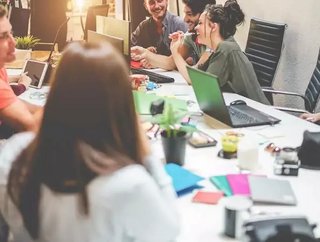 London-based venture capital firm Atomico has announced an $820mn fund for investment in European companies “at Series A and beyond”. The fund is A...

London-based venture capital firm Atomico has announced an $820mn fund for investment in European companies “at Series A and beyond”.

The fund is Atomico’s biggest, with the previous largest, Atomico IV, closing at $765mn in 2017. Atomico described investors as including global institutions, pensions funds, sovereign wealth funds, banks and government entities. Atomico was founded in 2006 by Niklas Zennström, himself the founder of technology startups including Skype.

Some of the companies in which Atomico has invested include the Swedish fintech firm Klarna, Munich-based UAM vehicle manufacturer Lilium and, recently, AI procurement firm Scoutbee of Berlin.

In a blog post announcing the fund, the company described its core strategy as being “to partner with mission-driven European founders at Series A and beyond, where our Growth Acceleration Team of operational partners can best be deployed to help them scale. At $820 million, our fund size also enables us to continue to invest at Series B and C into breakout companies.”

The company went on to say “[m]any of Europe’s most successful entrepreneurs and operators have also endorsed our mission. We’ve been joined by a number of founders and early team members from some of Europe’s most iconic start-ups of the past decade – including Adyen, Klarna, Transferwise, Spotify, Skype, Supercell and Zoopla among others – who have invested as individual LPs in this fund.”

The news builds on a number of other large European funds announced in the past few months, including the $500mn Northzone IX and Balderton Capital’s $400mn fund in November 2019. Such moves suggest the continued health of the European tech scene, despite wider geopolitical challenges such as the UK’s exit from the European Union.