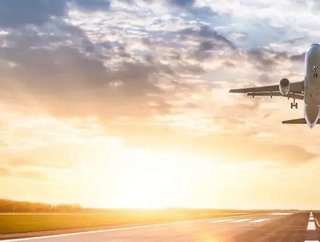 The UK government has announced green technology grants for the UK aerospace industry to help aviation ‘build back greener...

The UK government has announced green technology grants for the UK aerospace industry to help aviation “build back greener”.

Three projects based in Bedford, Bristol and Cranfield are splitting the £84.6 million pot, which the government claims could create nearly 5,000 jobs and regenerate an industry that has been hard hit by Covid-19 travel restrictions.

Innovations developed using the grant money are expected to lead towards zero-emissions flights using alternative energy sources such as hydrogen and electricity. It’s also hoped the transformation could lead to viable short journeys more akin to taxi services than traditional air services. This could reduce road congestion as well as increasing local mobility.

Business minister Paul Scully said, “These trailblazing projects are broadening the horizons of future air travel, towards a greener future where we may be able to hail taxis from the sky rather than on our streets.

“This multi-million-pound boost will help to secure up to 4,750 jobs in these projects spanning the UK, and could pave the way to technological advances that will allow the industry to build back better and greener following the Covid-19 pandemic – and help tackle climate change.”

H2GEAR will be delivered in collaboration with partners from GKN Aerospace’s Global Technology Centre in Filton, Bristol. The project aims to develop a liquid hydrogen propulsion system for regional aircraft that could be scaled up to larger aircraft. This could create a new generation of clean air travel, eliminating harmful CO2 emissions and leaving water as the only by-product of flight. If successful, the project could help secure up to 3120 high value engineering and manufacturing jobs by 2032 / 2033 in Bristol, Coventry and Loughborough.

In 2019, the project was awarded an ATI Programme grant to produce a zero-carbon engine which was recently demonstrated on a successful test flight for a 6-seater aircraft – the largest hydrogen-electric aircraft worldwide. This latest round of funding will enable the consortium to scale up its hydrogen technology for use on a 19-seater aircraft, another stepping stone on the path towards the government’s Jet Zero ambitions. The company will showcase the technology in various test flights, including a world-first long-distance zero-emissions demonstration flight of this size and power level in January 2023. It will also enable ZeroAvia to enter the formal certification process at the end of the project, so that customers can expect to fly on zero emissions aircraft as early as the end of 2023. If successful, the UK-based consortium, including Aeristech and the European Marine Energy Centre, could help to secure 300 design jobs and 400 manufacturing jobs in Cranfield, Warwick and Orkney.

The consortium aims to develop a zero-emissions fully-electrified propulsion system for aircraft, which if scaled up, would be capable of powering a range of aircraft including unmanned drones and passenger aircraft. This will enable a broad range of new mobility services across the UK, from large cargo delivery to regional commuting. If successful, the project could help secure up to 30 new engineer jobs during the early certification and pre-production phases in Bedfordshire and Derby, and a further 600-900 manufacturing jobs during production in the UK.