Burger King now has its own cryptocurrency - the 'WhopperCoin' 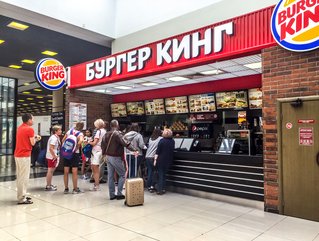 Fast-food chain Burger King has waded into the cryptocurrency market with the launch of its own virtual coin called ‘Whoppercoin’ in Ru...

Fast-food chain Burger King has waded into the cryptocurrency market with the launch of its own virtual coin called ‘Whoppercoin’ in Russia.

Hosted on the waves blockchain, the new loyalty system rewards customers for buying a Whopper burger.

Russians will be able to claim one Whoppercoin for every ruble they spend.(1.3p) and can purchase a Whopper burger with the virtual cash once they have amassed 1700 Whoppercoins.

Bitcoin traders have previously received a lot of flak in Russia with reports earlier this year noting that users could even face jail time under the proposed legislation. However, Russia’s First Deputy Prime Minister Igor Shuvalov has since shown support for the cryptocurrency market.

The company said it would use Apple and Android apps next month so that Russian customers could save, share or spend their digital wallet full of Whoppercoins.

In a statement, waves said they had already generated one billion Whoppercoins to use in the loyalty scheme.

Customers will be able to claim their coins by scanning their receipts using a smartphone.

The tech company will then run a ledger of the coin to keep track of who has coins and what has been done with them.

The crypto-currency is similar to Bitcoin but will be separate to it, meaning that Burger King can shut down the Whoppercoin system if the company felt it was being abused.