Capgemini: 1 in 2 consumers are ready for driverless cars but barriers remain 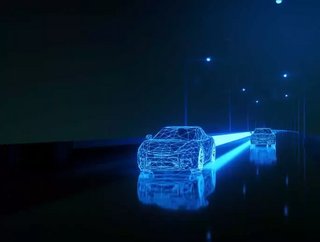 Consumer preference for self-driving cars is set to double within the next five years, according to new research by Capgemini. The study suggests that...

Consumer preference for self-driving cars is set to double within the next five years, according to new research by Capgemini.

The study suggests that consumers are ready for autonomous vehicles, with 25% of consumers noting that they’d prefer to ride in a self-driving car over a traditional vehicle in a year’s time.

The report also revealed that 1 out of 2 consumers say driverless cars will be their preferred mode of transport within the next five years.

The findings also suggest that consumers believe driverless cars will do more than simply drive, with almost half saying they will trust an autonomous car to run an errand or complete a chore on their behalf.

Yet, despite growing enthusiasm about self-driving cars, barriers still remain, with respondents saying that purchase or adoption of a driverless vehicle is dependent on vehicle security (73%) and system security (72%)

“Most conversation to date has focused on the technological evolution of driverlesscars – so it’s hugely encouraging to see the potential benefits that the technology enables are resonating with future passengers.

“Customer expectations of in-car experiences will not only impact the automotive industry but other industries like media and entertainment, retail, and healthcare as well, paving the way for a plethora of collaborative business opportunities.

“However, a degree of uncertainty and concern remains, and auto companies must consider the expectations and fears of their future customers while transforming their own operations from a heavy product focus to services and customer orientation, as they bring autonomous vehicles to the market.”

If automotive and technology companies want to make driverless cars a reality, Capgemini also suggests that they should: keep the customer informer, understand and reassure, build an ecosystem of services and invest in software.