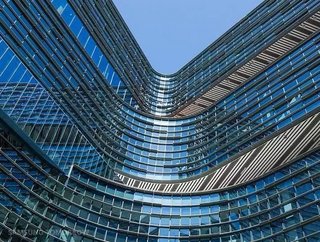 Samsung’s chairman Lee Kun-hee died on Sunday at the age of 78, with the company now led by son and heir Lee Jae-Yong...

Samsung’s chairman Lee Kun-hee died on Sunday at the age of 78, with the company now led by son and heir Lee Jae-Yong.

The son of founder Lee Byung-chul, Lee Kun-hee presided over a meteoric rise for the company that has seen it become one of the most recognisable electronic brands in the world, as well as a pillar of the South Korean economy.

Lee first assumed control in 1987 at the time of his father’s death, having previously joined the firm in 1968. His main ambition was to shake off the company’s reputation as a purveyor of cheap and low-quality products. He died as South Korea’s richest person, being worth nearly $21bn.

One of the cornerstones of Samsung’s rise has undoubtedly been its mobile phones division, with its flagship Galaxy series running on Google’s Android operating system. It was one of the first manufacturers to release a 5G-enabled handset, beating Apple to the punch by around a year and a half.

Lee was not without controversy, whether recalling electronics lacking in quality and setting fire to them (as part of the aforementioned reputation drive), hosting 10-hour-long executive meetings and, most consequentially, being embroiled in scandal regarding his family’s involvement in the business. Lee was sentenced for tax evasion and embezzlement that led him to step down, before a presidential pardon allowed his return.

Samsung is a prime example of the uniquely South Korean phenomenon of the chaebol, or a family run conglomerate. Its interests are vast - active across a broad swath of electronics products from fridges to phones, as well as traditional heavy industries and even theme parks.

The company’s future will no doubt revolve around Lee’s son Jae-yong, who has been groomed for the leadership position as the company’s vice chairman. He himself has fallen afoul of the authorities previously, with South Korea’s President Moon having specifically campaigned on the promise of removing special treatment for family-run chaebol companies.