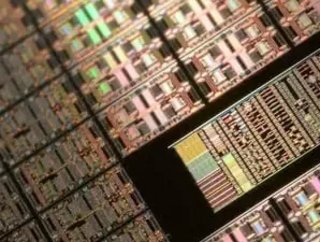 Despite semiconductor firms that supply Apple with chips for iPhones, iPads and Macs sounding like a safe bet for investors, they also come with an element of risk - according to one analyst who follows the sector.

UBS’s Francois-Xavier Bouvignies has said that his firm has a “neutral” rating on the French-Italian chip firm STMicroelectronics because of the company’s exposure to smartphones and Apple in particular.

Bouvignies added that work with smartphone firms accounts for 30% of STMicroelectronics total revenues, and the company has 25% exposure to Apple. “For us, it’s kind of a risk to have such exposure to one customer, which is always difficult to predict,” he said.

Apple has been bringing an increasing amount of chip development in-house over the last few years, which has been hurting the smaller players.

STMMicroelectronics, based in Cupertino, cut ties with the British chip designer, Imagination Technologies in 2017 in order to develop processing units for the iPhone and iPad in-house. The news sent the once-listed firm’s shares down as much as 71% over concerns over its future. It was subsequently sold to China-backed private equity buyer, Canyon Bridge Capital Partners, for £550 million.

Apple and Imagination Technologies announced a new relationship in January 2020.

UBS said it prefers German chipmaker Infineon over STMicroelectronics because it doesn’t have the same level of exposure to the smartphone industry, added Bouvignies.

While STMicroelectronics has a ‘neutral’ rating from UBS, Infineon has a ‘buy’ rating.

Both companies, however, are poised to benefit from the electrification of the car, according to Bouvignies, who said the automotive industry accounts for 10% of the global demand for semiconductors. Infineon is the world leader in the semiconductors that are used to manage power in cars, according to Bouvignies, who said that the company has about 30% of global market share.

STMicroelectronics is investing significant amounts of capital in the space as part of an effort to keep up, he added and said cars with internal combustion engines typically use around $80 worth of semiconductors in the powertrain, but electric vehicles use around $550 worth.