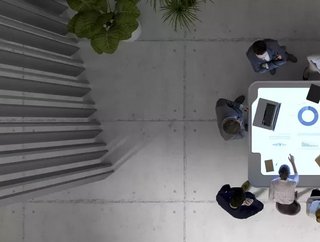 At its annual productivity conference, LevelUp, ClickUp has announced a better than ever version of ClickUp Docs as well as the new Whiteboard product.

This announcement comes soon after the company shared the news of its $400 million Series C funding round, putting its valuation at $4 billion.

As the world’s only all-in-one productivity platform company, ClickUp aims to make the world more productive while redefining the way teams brainstorm, collaborate and execute work.

“We created ClickUp as a way to help our own team streamline our work. We were wasting an enormous amount of time jumping back and forth between different tools, and work that cut across teams was often disconnected since each team was using different apps to get their work done,” said Zeb Evans, Founder and CEO of ClickUp.

To solve the problem of fragmented work tools, the team at ClickUp looked to create a productive future of work with different technology-enabled tools.

Recognising the importance of whiteboards as a collaborative tool in the workplace, ClickUp has been looking for ways to reimagine the whiteboard to facilitate remorse and hybrid working environments.

This is particularly significant as the global interactive whiteboards market is expected to reach $2.31 billion by 2025 highlighting its increasing popularity.

However, recognising that there needs to be an added element to collaborative whiteboards within the workplace, ClickUp has sought to create a new product.

“Consider how many times you've had energizing whiteboard sessions with team members, without a whole lot of follow-up action afterward. Wouldn't it be great if that whiteboard made it easy to convert the ideas you've created on the whiteboard into tasks that you and your team members can easily track and manage? Now you can do just that,” commented Evans.

The new ClickUp Whiteboards are the only collaborative whiteboard that enables teams to turn real-time ideas directly into actionable projects. This new product is built on ClickUp's all-in-one productivity platform, allowing people to brainstorm, share ideas, and execute a project plan all in one place.

Building these whiteboards was heavily requested by ClickUp’s customers and has now launched in public beta. The innovative whiteboards enables:

Docs have long been one of the most used products within the ClickUp platform.

As ClickUp Docs can be used for different use cases such as wikis, meeting notes and company portals it makes it an essential tool for collaboration.

At the LevelUp conference, ClickUp has announced added features to this feature to improve this service.

These new highlights include:

Adding to these new offerings, ClickUp has also made it easier for users to search, create and adjust anything throughout their workspace through its new Command Centre.

Old-world offices are moving to the metaverse

It’s not just the well-worn web brands that make the metaverse. As more companies go virtual, is this “the nail in the coffin” of traditional workplaces?…

The automotive industry is gearing up for quantum, according to Capgemini research. But companies yet to start the journey could be headed for a crash…

Manufacturing tech leaders making most money in the cloud

Manufacturing companies are at the vanguard of cloud adoption. But marketing and financial management sectors are gaining ground and attracting investment…