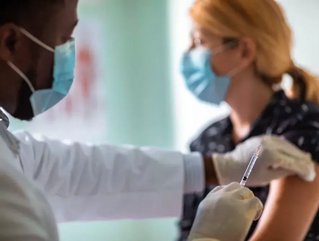 Burlingame, California-based Color is a population health technology company with a focus on providing testing and telehealth infrastructure and softwar...

Burlingame, California-based Color is a population health technology company with a focus on providing testing and telehealth infrastructure and software.

The company offers a Population Genomics Platform that features a suite of technologies to quickly scale programmes around population health, such as strategy, consent gathering, sample collection and genetic sequencing.

Since its 2015 foundation, the company has raised $278mn in financing. Its latest Series D round, announced yesterday, brought in $167mn from lead investor General Catalyst, alongside the likes of Viking Global Investors and T. Rowe Price.

In a press release, Color CEO Othman Laraki said: “We are building the rails for a national technology-based public health infrastructure. The inability to deliver basic healthcare services during the biggest health crisis of our lifetime is a direct consequence of the lack of a public health delivery model. Public health does not only mean a government-funded model. A modern public health infrastructure should enable all of the stakeholders in the health of large populations – including governments, employers, and schools – to support the essential health needs of the people they serve. By investing in the technology that ensures easy and affordable access to healthcare, we're creating the infrastructure that will serve us for decades to come."

The company said it would use the funds to further scale its efforts, including a focus on supporting vaccine delivery during the ongoing COVID-19 pandemic.

The opportunity to design the future of public health through technology cannot be overstated," said Hemant Taneja, Managing Director at General Catalyst. "Color understands that often, challenges in healthcare aren't scientific or medical in nature, but rather due to access barriers. The hyper-scaling of access is perhaps the most impactful function of digital technology - and the fact that Color approaches healthcare from this vantage point makes it among the most important companies in the industry."