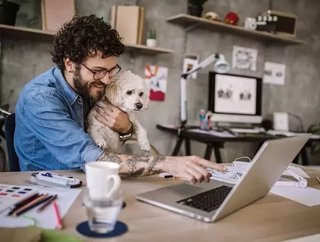 In a blog post, the company’s Vice President of People, Jennifer Christie, said: “Our top priority remains the health and safety of our Tweeps [e.g. Twitter employees], and we also have a responsibility to support our communities, those who are vulnerable, and the healthcare providers who are on the front lines of this pandemic. To continue this push, we are moving beyond our earlier guidance of ‘strongly encouraging work from home’ provided on March 2 and have now informed all employees globally they must work from home.”

In a comprehensive programme, Twitter promised it would continue to pay those unable to perform their responsibilities from home, covering standard working hours for as long as the work from home guidance is in effect. It also said it would reimburse employees for daycare costs and even contribute towards expenses incurred while setting up their home offices.

It follows similar advice given by fellow American big tech firms such as Apple, Google, Amazon and Microsoft. Last week, the latter three firms suggested staff in the badly affected Washington State stay at home - that advice has since been extended, with Google recently telling all of its North American employees to stay at home. A worldwide memo from Apple CEO Tim Cook, meanwhile, advised all employees to work from home if possible. The willingness of the four to implement such measures reflects the flexibilities of the modern workplace, with the likes of Microsoft and Google having developed remote working software such as Microsoft Teams and Google Hangouts.

Coronavirus is having a significant effect on the tech industry beyond forcing the shuttering of offices. According to Reuters, for instance, over the course of February, only 494,000 iPhones were sold, compared to 1.27 million in February 2019.