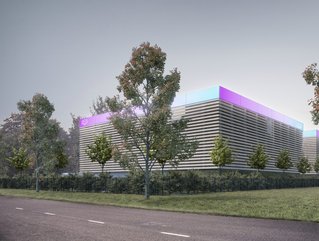 The data centre industry is growing now more than ever all across the world. But in Europe, the Netherlands is the fastest growing data cen...

The data centre industry is growing now more than ever all across the world.

But in Europe, the Netherlands is the fastest growing data centre market across the continent.

In an exclusive interview with Construction Global Magazine, Jef Gorissen, Chief Operating Officer of Data Valley Group certainly believes this to be the case.

“The DC market in Netherlands is growing 10-15 percent per year in size,” he says.

The Netherlands, in particular Amsterdam, has traditionally been seen as a key player in the history of internet and this is a direct result of the Amsterdam Internet Exchange, established in 1990 and one of the largest internet exchanges in the world.

Fast forward 20 years and the data centre industry is thriving, and much like the early days of the internet, locations such as Amsterdam and Eindhoven are attracting more and more large-scale service providers and their data centres.

“There were a lot of companies coming to Amsterdam to be a part of the hotspot to communicate all over the world,” he says. “In the last 20 years, London, Amsterdam and Frankfurt have become the main hubs of Europe.”

A trend across the data centre market in Frankfurt and Amsterdam, a real sign of the growing industry has seen a turn towards cloud servers.

Cloud has become the fastest growing business in the last five years.

“This is evident in the movement of major service providers such as Microsoft [a €2 billion data centre close to Amsterdam] and Google [$773 million Eemshaven data centre in Groningen] expanding into the Netherlands,” he says.

“The DC market in Netherlands is growing 10-15 percent per year in size.”