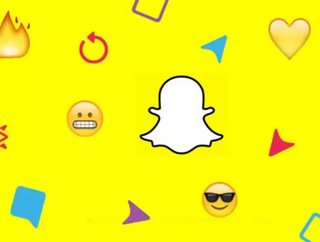 Snap has released its Q2 earnings report and it doesn't make good reading for Evan Spiegel, or for those who still enjoy social media site Snapchat. Wi...

Snap has released its Q2 earnings report and it doesn't make good reading for Evan Spiegel, or for those who still enjoy social media site Snapchat.

With quarterly loses nearly quadrupling to $443mn, stock prices tumbled 16% whilst revenue was down $4.5mn on the expected $186.7mn.

Sales of the Spectacles have also been disappointing, with less than 42,000 of the Snapchat-enabled sunglasses sold in Q2, which has seen revenue decrease 35% from Q1.

Snapchat did add 7.3mn daily active users during the time period, but that 4.2% growth is down on its Q1 growth of around 5%; ultimately, there is one problem - Instagram Stories is luring users away.

Back in 2013, Facebook founder Mark Zuckerberg wanted to buy Snap for $3bn but was rebuffed - now, he's on a mission to take the company down and steal away its users.

Instagram is a far more attractive prospect to advertisers, despite Snapchat's coveted appeal and engagement with millennials. Whilst Spiegel's app may attract 173mn daily average users, Instagram has 700mn users - 250mn of which use the Stories feature daily.

As well as this, Instagram is showing no signs of slowing down - quite the opposite, in fact. Around 500mn users were added from June 2016 to April 2017, which coincided with a major drive from Zuckerberg's Facebook to get more users on the photo-sharing site.

Snapchat has won with minor victories so far in 2017, with the viral meme of the dancing hot dog bringing the social network to the forefront of the Internet for a brief period - something that Instagram's filters have thus far failed to do.

Speigel and co-founder Bobby Murphy, meanwhile, have reaffirmed their belief that Snap will recover and thrive.

"We believe deeply in the long term success of Snap," said Spiegel after the Q2 results were announced.

Both co-founders have said that they will not sell any of their stocks this year despite the fall of 41% over the last three months.