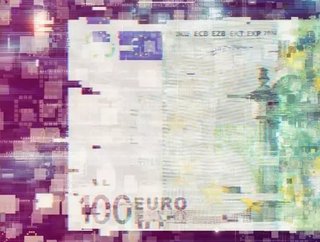 A survey carried out by The European Central Bank has been published showing what eurozone citizens want from a digital euro...

The European Central Bank (ECB) has published the results of a public consultation on a digital euro with responses citing they want it to be private, safe and cheap.

The results show that what the public and professionals want the most from a digital currency is privacy (43 per cent), followed by security (18 per cent), the ability to pay across the euro area (11 per cent), no additional costs (9 per cent) and offline usability (8 per cent).

More than two-thirds of the respondents acknowledged the importance of intermediaries providing innovative services that allow access to a digital euro and indicate that it should be integrated into existing banking and payment systems. They would like additional services provided on top of basic digital euro payments.

Around a quarter of respondents take the view that a digital euro should make cross-border payments faster and cheaper and want the digital euro to be usable outside the euro area, although with limits.

“A digital euro can only be successful if it meets the needs of Europeans,” says ECB Executive Board member Fabio Panetta.

The consultation, which launched on 12th October 2020, concluded on 12th January 2021. There were over 8,200 responses, a record participation for an ECB public consultation. The majority of respondents were private citizens (94 per cent), with the rest being professionals such as banks, payment service providers and tech companies. Most responses came from Germany (47 per cent), Italy (15 per cent) and France (11 per cent).

What is a digital euro?

Digitalisation has rapidly spread across many sectors, and possibly even more so with money and banking during the COVID-19 pandemic.

The digital euro would be an electronic form of money, which would not replace cash, issued by the Eurosystem (the ECB and national central banks) and accessible to all citizens and firms. According to the ECB “a digital euro would guarantee that citizens in the euro area can maintain costless access to a simple, universally accepted, safe and trusted means of payment.”