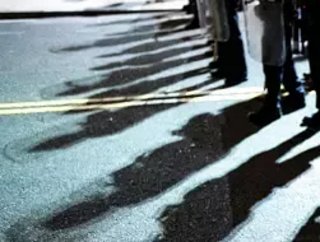 Thousands of protesters have taken to the streets in El Salvador because people are angry at the introduction of Bitcoin as the country’s legal tender.

President Nayib Bukele says the cryptocurrency will help Salvadorans working abroad to send money back home. However, the demonstrators say they fear it will bring instability and inflation to the impoverished Latin American country.

Some protesters set fire to a brand-new Bitcoin machine, while others held signs reading "Bukele Dictator".

Last week, El Salvador became the first country to use the virtual currency as a legal tender, albeit alongside the US dollar.

Bitcoin to facilitate the president’s ‘grip on power’

The demonstrators gathered in the capital San Salvador on the 200th anniversary of the country's independence, brandishing placards reading "No to Bitcoin" and "Respect the Constitution".

They accuse the president of using authoritarian means to tighten his grip on power.

Mr Bukele has moved to cement control over the judiciary which also recently cleared him to run for office for a second successive term, despite constitutional limits. However, Mr Bukele still enjoys strong support in El Salvador, with a recent newspaper poll showing 85.7% of people approved of the president.

The government says it has presented the cryptocurrency measure as a way to boost economic development and jobs, but polls suggest Salvadorians are not prepared for the move and the World Bank had warned against adopting Bitcoin. Analysts added it was an "attention-seeking move" from an "authoritative regime".

The recent protests in the capital San Salvador have demonstrated a lack of confidence in the move among citizens, many of whom are still unfamiliar with crypto-currency. A survey by the Central American University (UCA) found that only 4.8% of the 1,281 asked understood what Bitcoin was and how it was used.

Additionally, more than 68% of those questioned said they disagreed with using crypto-currency as a legal tender.