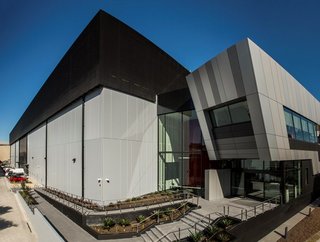 The global interconnection and data center company, Equinix, has announced that it plans to invest a significant amount of money into a major expansi...

The global interconnection and data center company, Equinix, has announced that it plans to invest a significant amount of money into a major expansion of its Sydney data center.

SY4 International Business Exchange (IBX) will undergo phase two of expansion, with $42 million being invested to host an additional 1,500 cabinets which will bring the capacity at IBX to 3,000.

The expansion of IBX is scheduled to be completed by the end of 2017.

The investment of $42 million/ phase two of the SY4 expansion, is the latest in a series of expansions across Asia-Pacific, with other recent expansions in Melbourne, Tokyo, Hong Kong and Singapore.

The expansion ensures there is capacity available to new and existing Equinix customers for interconnection. As Australia's most interconnected data centre campus, Equinix's Sydney campus (SY1, SY2, SY3 and SY4), together with its Melbourne facility (ME1), will allow customers to access its unrivalled business and cloud ecosystems.

"An interconnection-first strategy for IT is now central to realising digital transformation, and Australia is fast becoming an interconnection hot spot. Equinix has the capability to provide organisations with direct, private access to the leading cloud providers, as well as many specific cloud services, offering organisations the perfect environment to embrace hybrid cloud architecture,” said Jeremy Deutsch, managing director, Equinix Australia.

“Today, we are already supporting more than 100 local and multinational companies in SY4. Our investment in SY4 demonstrates our ongoing commitment to providing the most robust architecture and interconnection options that allow customers to accelerate business relationships and speed to market."

The demand for connectivity between the United States and Australia and New Zealand continues to increase and for Equinix, this represented the opportune moment to expand SY4 further to match this increased demand.

"We've chosen SY4 as our point of presence from which our customers can access the bandwidth available on Hawaiki,” said Remi Galasso, CEO Hawaiki.

“From inside Equinix, we have a significant opportunity to grow, leveraging the dense connectivity opportunities to other networks, content providers and IPs. With the expansion of SY4, this is only set to open more doors for us in the future."